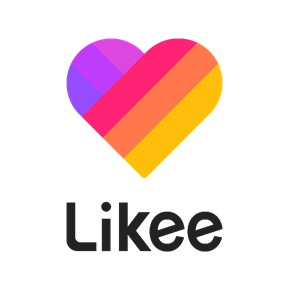 The fact that short videos are absolutely booming in popularity should come as no surprise. We’re leading increasing busy lives with short breaks during the day. We don’t have the time to sit through a YouTube video; we need our entertainment short, sweet, and right now.

Short video platforms such as Likee, by design, set themselves apart from more traditional social media platforms (which are now getting the reputation as being “for old people”) because they enable users to create and share short, entertaining videos from lips syncs, skits, the dance of the moment, or anything else they wish. The overwhelming majority of users of these platforms – dominating over 50% – is the age group referred to as Gen Z, the users born around 1996.

Gen Z distinguishes itself from its predecessors as the first generation of true digital natives. That means they are the people who were born when the internet was already a thing and they have grown up familiar with different forms of technology being the norm. What’s interesting is that while you’d think that growing up with these influences would produce a generation of socially stunted introverts, they are actually the generation that a McKinsey & Company study found to prioritise their individual expression and rejecting long-held stereotypes, while staying open to change and being open to connecting to people with similar interests regardless of their socioeconomic backgrounds.

But why do they love short videos so much?

The way technology has influenced our interactions has really helped to shape the idea of Millennials and Gen Z as having shorter attention spans and demanding instant gratification while constantly chasing the next source of entertainment, though this applies more to the latter. They may not know their parents’ phones numbers, but Gen Z will tell you what’s trending at any given moment. Combine that lowered attention span with a platform that boasts a range of editing tools and runs purely on user-generated content while requiring less data to operate and you have a winning formula that will keep users locked in and glued to their screens for hours at a time. The cherry on top is making these videos sharable across multiple other social platforms.

“Short-form video platforms boast innovative formats and having ‘sound-on’ by default means that users are constantly exposed to and engaging with something new, which is difficult to ignore,” said a spokesperson from Likee. “Discovering videos by sheer coincidence encourages users to find out about new trends that they wouldn’t otherwise know about, or learn useful hacks, or see the latest hashtag challenge, can make users feel good as they are met with new content that appeals to them – content that they haven’t actively searched for. It’s that feeling that keeps them engaged and looking for more content that they’ll enjoy the same way.”

Another reason why these videos are growing in popularity is because the platforms encourage creativity and self-expression which could be the factor that tips the scales in their favour. Millennials generally prefer to consume content where Gen Z are definitely in the forefront of content creation.

One of the unexpected by products of short videos is music discovery, since music plays such a key role in the video edits. Two artists who have benefitted greatly are Tones and I with their hit “Dance Monkey” which ended up on Spotify’s Top 50 list, largely thanks to it being used as a backing track on some four million videos. Doja Cat’s “Say So” sparked a dance craze that has been performed by millions of users.

Remember what we said about user-generated content? When it comes to short video platforms, the audience sets the trends because they are the creators. The platform lends itself to creating so much amazing content that will appeal to varying cross sections of society and with content being shared at the click of a button, it feeds into the desire “to go viral” which is still strong. It doesn’t take much to go viral and if a platform can offer the chance of potentially grabbing 15 minutes of fame and an expanded online presence (and users only need to create a 15-second video clip to do it) the incentive is massive.

Finally, there was 2020. With the world in lock down and only so much movies and television shows to be watched, users turned to making short videos on platforms such as Likee to alleviate the boredom. Doing so kept users entertained, informed and engaged. While people were feeling isolated in their homes, they were interacting with other users who were in exactly the same position all around the world. This type of content creation has found its place in the worlds “new normal,” and it is not going anywhere. From here all that remains to be seen is how these platforms will evolve and develop their tools and offerings to ensure their users don’t get bored and jump ship to the next social media platform and that they continue to harness their creativity by continuing to create videos.