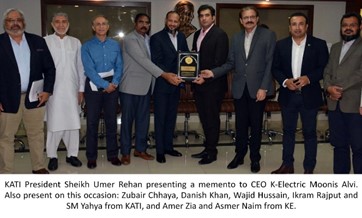 President Korangi Association of Trade and Industry (KATI), Sheikh Umer Rehan apprised KE of the importance of the Korangi Industrial Area which is home to 4500 industries across multiple sectors and one of the largest contributors to the national exchequer.… Continue

In a major push for increasing green cover, Thar Foundation – the CSR front for Sindh Engro Coal Mining Company (SECMC) & Engro Powergen Thar Limited (EPTL) – has announced a collaboration with the Sindh Forest Department for plantation of 100,000 saplings across the province.… Continue

A delegation of Sindh Board of Technical Education (SBTE) visited K-Electric to witness the ongoing training & development activities at the utility’s training academy. KE has established a Distribution Network Academy (DNA) housing state-of-the-art training facilities for continuous skill development of its field teams whereas a formally certified Apprenticeship Programme is also underway at the facility. … Continue

The environmental watchdog of Balochistan has made conditional issuance of its NOC for an upcoming 300 MW coal-based power plant in Gwadar on fulfilment of the condition that the electricity from the new plant would be supplied free of charge to household consumers of the area.… Continue

The Professionals Network has conferred the Best Sustainability Report Award to K-Electric during the 6th Corporate Social Responsibility Awards 2017. Zehra Mehdi, Deputy Director ESG & Sustainability received the award on behalf of the organization during a ceremony held at a local hotel here in Karachi.… Continue

A dinner reception hosted by the Karachi Chamber of Commerce and Industry (KCCI) and the Businessmen Group (BMG) to mark 18 years of Public Service of Businessmen Group from KCCI’s platform at PAF Convention Center recently.

Chairman Businessmen Group (BMG) and Former President of the Karachi Chamber of Commerce and Industry (KCCI), Siraj Kassam Teli, while strongly criticizing the passage of Gas Infrastructure Development Cess (GIDC) Bill 2015 by the Parliaments, urged the business and industrial community of Karachi, particularly the textile sector, to lodge protest against this anti-business move of the government.… Continue 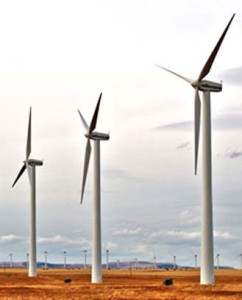 It may be mentioned here that Sachal Energy has signed a financing agreement with Industrial and Commercial Bank of China (ICBC) for Sachal Wind Power Plant.… Continue

The All Pakistan CNG Association (APCNGA) has expressed serious reservations over GIDC Act terming it discriminatory. The Act will not treat different gas consuming sectors on equitable basis while recovery of GIDC of the past years and mark up is illegal, said Ghiyas Abdullah Paracha, Chairman Supreme Council APCNGA.… Continue

The 500-acre solar power park for the plant has been set up by the Punjab government with Chinese assistance in 11 months at a cost of Rs 15 billion.… Continue