Mian Nasser Hyatt Maggo, President FPCCI, has expressed his deep disappointment over recently issued restrictions from the Government of Sindh for takeaways from restaurants. Mian Nasser Hyatt Maggo has said that GoS has issued some SOPs that are not even in accordance with NCOC directives.… Continue

Mr. Nasir Khan, Vice President, The Federation of Pakistan Chambers of Commerce & Industry (FPCCI), has strongly condemned the inclusion of Edible Oils in the S.R.O. 1190(I)/2019 issued by the Federal Board of Revenue (FBR).

As a matter of principle, this SRO should have been restricted to commercial importers instead of including edible oil manufacturers.… Continue The United States Government welcomes the successful arrival in Pakistan of 1.2 million doses of the AstraZeneca COVID-19 vaccine, which landed at Islamabad International Airport today. This vaccine shipment was made possible through the COVAX Advance Market Commitment, a global initiative to support equitable access to COVID-19 vaccines.… Continue Mian Nasser Hyatt Maggo, President FPCCI, has said that it is with profound sense of service and achievement that we report to the press that when the federal government announced 10-day long Eid-Ul-Fitr Holidays and SOPs; President Mian Nasser Hyatt Maggo, Senior Vice President Khawaja Shahzeb Akram and former President Mian Anjum Nisar swung into action immediately and contacted PM House; from where Abdul Razak Dawood, Governor SBP, and Chairman FBR were all intimated on grave concerns of FPCCI.… Continue 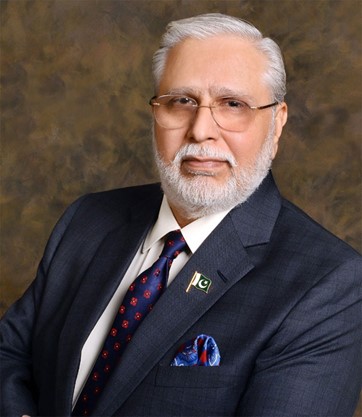 Pakistan Stevedores Conference (G) Ltd has requested the government to grant a waiver of double wages on 3 out of 6 days at Karachi Port, Port Muhammad Bin Qasim and Gwadar Port, during the long holidays, announced for this coming Eid ul Fitr.… Continue 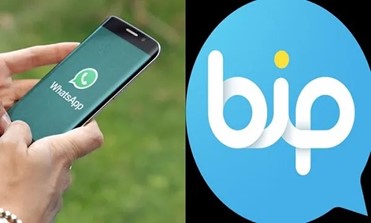 Reaching out to 80 million users globally, the secure messaging app BiP launches a new feature allowing users to import their individual and group chats automatically at once from other messaging applications. Investing heavily on security and data ethics, BiP prioritizes user consent at all levels of user experience.… Continue

Karandaaz held a webinar to share the findings of the recently concluded survey on the impact of COVID-19 on financial behavior in Pakistan. This survey was designed and conducted in partnership with Kantar and is preceded by six waves of the Financial Inclusion Insights (FII) Survey.… Continue 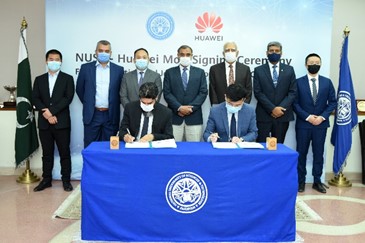 Huawei Pakistan and the National University of Sciences and Technology (NUST) have signed a memorandum of understanding to join hands in the development of talent within Pakistan’s artificial intelligence (AI) sector. The memorandum reaffirms an existing five-year healthy relationship between both entities.… Continue

K-Electric has announced an exciting offer for new users of its KE Live Mobile application through strategic alliances with foodpanda – Pakistan’s largest delivery platform, and Befiler – the country’s leading tax filing and NTN registration portal. Customers who download the KE Live App will be able to avail exclusive discounts of up to PKR 500 on foodpanda and savings of up to 87% on Befiler portals.… Continue

Chairman Businessmen Group (BMG) Zubair Motiwala and President Karachi Chamber of Commerce & Industry (KCCI) Shariq Vohra have appreciated the State Bank of Pakistan (SBP) for paying attention to KCCI’s legitimate demand and accordingly deciding to keep those authorized branches of banks operational on May 10th and 11th who are dealing in foreign exchange & trade activities.… Continue

Chairman of National Business Group of FPCCI, President Pakistan Businessmen and Intellectuals Forum, and All Karachi Industrial Alliance, and former provincial minister Mian Zahid Hussain on Friday said water scarcity should be tackled as a priority to improve the agricultural sector as per the vision of Prime Minister Imran Khan.… Continue The shipment between Pakistan and Uzbekistan is the first in Pakistan using the United Nations’ multilateral transit system, “Transports Internationaux Routiers.”

The United States Government, along with the Government of Pakistan, launched the first international shipment from Pakistan that is compliant with the United Nations’ “Transports Internationaux Routiers” (TIR) Convention, an international customs transit system that facilitates trade by expediting border checks between countries.… Continue