Skip to content
Home » Performance of Alessandro at Arts Council 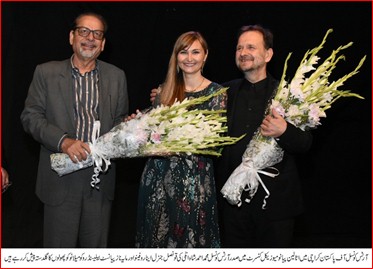 Further she said “My colleague used to work with Alessandro on some musical projects than he introduced me with him. Later I and my friend decided to invite Alessandro in Karachi for some classical music show. Tonight you people will find out the connection between Italy and piano”.