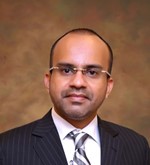 New office bearers of Korangi Association of Trade and Industry (KATI) have been elected unopposed. According to details, well-known businessman Muhammad Salman Aslam has been elected for the presidency of 2021-22 while Maheen Salman has been elected as Senior Vice President and Syed Farrukh Ali Qandhari as Vice President. On the occasion, SM Muneer Patron-in-Chief KATI, congratulated Salman Aslam on becoming the President of KATI and said that the previous presidents of the past had served the business community and Salman Aslam is the best choice to further enhanced the efforts and services rendered for the betterment of the national economy. He said that Saleem-uz-Zaman also performed well in KATI and raised the standard. SM Muneer hoped that Salman Aslam, Maheen Salman and Farrukh Qandhari would further enhance the performance of KATI.

Newly elected president of KATI Salman Aslam said that he was grateful to the Patron-in-Chief SM Muneer and all the members who expressed full confidence. He said that after assuming the office of KATI’s as President, he will serve the business community as per the vision and guidance of SM Muneer and would take all possible steps for the betterment of Korangi Industrial Area.

KATI President Saleem-uz-Zaman Congratulated to newly elected president of KATI Salman Aslam and said that a talented person like Salman Aslam is needed to play a positive role in the development and economy of Korangi Industrial Area.

CEO KITE Zubair Chhaya said that Salman Aslam is a highly educated and experienced businessman with excellent management and leadership ability. Under Salman Aslam’s leadership, KATI will be able to better serve the business community. On the occasion, senior members and leaders of KATI congratulated Salman Aslam on elected as President of and hoped that he will show his full potential in promoting KATI and solving the problems of the business community.