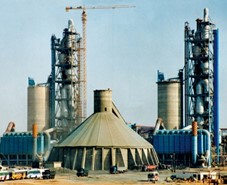 On a consolidated basis, Lucky Cement Limited has reported a profit after tax of PKR 6.9 billion, for Q1 FY23, of which PKR 1.5 billion is attributed to non-controlling interests. The resultant earnings per share (EPS) for the quarter comes out to PKR 16.85.

Moreover, on a consolidated basis, the Company attained a gross revenue of PKR 107.2 billion which is 54.8% higher than the revenue for the Same Period Last Year (SPLY), PKR 69.3 billion. Meanwhile, during the quarter under review, the consolidated net profit (attributable to owners of the holding company) decreased 18.1% as compared to the SPLY. Despite the higher topline figures, the overall decrease in net profits, as compared to last year, is mainly due to a re-measurement gain of PKR 1.8 billion recorded in the SPLY by ICI, on its acquisition of further 11% interest in NutriCo Pakistan (Pvt.) Limited, increasing its total holding to 51%, and operational challenges faced by Lucky Electric Power Company Limited in the form of teething issues.

In line with the Company’s growth strategy, the expansion project of 3.15 million tons in Pezu is progressing as per the schedule and the project remains on target to achieve its completion by December 2022.

Additionally, the company announced a Share buyback of up to 10 million shares, which was approved by the shareholders in the EOGM held on September 20, 2022. As of September 30, 2022, no shares were purchased under this buyback scheme.

Lucky Cement Limited is committed to supporting education, women empowerment, health, environment conservation, and community development under its CSR. The company has also contributed to flood relief operations across the country.

This spillover of global and domestic economic challenges from last year, followed by extended monsoon season and floods in the country has resulted in a challenging start to the current financial year. A change in recent global price trends, indicates a new supply and demand equilibrium being achieved by market forces, accredited to the contractionary policies being employed by the various economies of the world. We expect that with the prevalent monetary tightening, around the world, commodity prices would ease off in the coming quarters.

Coal prices have recently started decreasing. The fall in prices has been aided due to monetary tightening by global central banks. If this downtrend in coal prices continues, pressure on margins would reduce in the near future. The Government has also shown its intentions of stabilizing the Pakistani Rupee and halting the increase in interest rates and inflation. Domestic demand for cement is improving in the period post floods, and it is expected that cement dispatches will be higher than in the outgoing quarter.