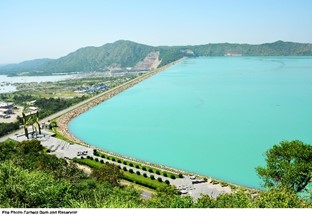 The letter states “I am compelled to acknowledge the outstanding performance as well as remarkable acumen, Tarbela Dam Authorities demonstrated in filling of the Tarbela Reservoir to its Maximum Conservation Level during the ongoing Kharif Season 2019. IRSA was kept on board during the season especially on planning and better analysis of forecasting ensuring timely filling of the Dam without passing flood downstream.” The letter further narrates “Although WAPDA’s abilities are time tested, yet, in the multifaceted and challenging situation of operationalization of Power Houses and filling of the reservoir, the skill was once again proven without doubt.”

Tarbela Dam is considered to be an iconic project for the contribution it has made towards development of Pakistan since 1974 by releasing the stored water for agriculture, mitigating floods and providing low-cost hydel electricity to the national grid. At the time of construction, Tarbela Reservoir had a live water storage capacity of 9.62 million acre feet (MAF), however, it has reduced to 6.049 MAF because of the natural phenomenon of sedimentation. The installed capacity of Tarbela Hydel Power Station now stands at 4888 megawatt (MW) with completion of Tarbela 4th Extension Hydropower Project.