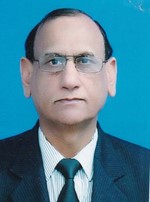 The World Bank while encompassing the performance of Pakistan’s economy policies have pointed out some corrective measures, future forecasts and released a report. It has increased the worries of the existing Government, which is already in a fix and needs investments & financial assistance from friendly countries and a bailout from IMF on better terms. Though the inflation and high cost of living are also burning issues in India, Sri Lanka and Philippine, but their national income and growth are increasing satisfactorily.

According to this report, our economic condition resembles with an old and worried lady who is said to be the incharge of a kitchen but has to feed more persons than her bread winners. Whether it is an agriculture, industry or services sector, all have to show their progress and earn Dollars and foreign exchange for the country.

To go for a bailout package and consequently to get a loan from IMF, is not a new thing for anyone. This story starts from President Ayub Khan era in 1958, and is still in action. Whether it is PPP, Muslim League, Musharraf Govt. or PTI every one is included in this queue.

To take or drink “debt liquor” is an old custom in our society. Mr. Imran Khan had pledged not to go for IMF and instead considered it an act of doing suicide for the country. He constantly condemned the previous Governments for approaching the IMF time and again. But the prevailing conditions have left no option for him but to go for a bailout and assistance from IMF. However, the critics say if Pakistan would go earlier and adopted to go for IMF package it would have been much better.

Sometimes a bad decision is considered good than not to take any decision. As said earlier, though the inflation and high cost of living is also a pressing problem for India, Bangladesh, Sri Lanka and Philippine. But according to South Economic Focus in spite of all current and annoying issues it is again the South East Asian region whose GDP is growing fast and expected to reach the target of 7.1 % in the next two years. The world bank insists and advises that these countries should improve their exports if they want to maintain their economic development. If we consider the exports of this region we see an interesting view of the picture. From 2005 to 2018 Pakistan exports increased from 116 to 127 US dollar and this was equal to 47 % increase, whereas the Bangladesh came to 286 % Vietnam 562 % and India 193 %.

The WB says the next two years shall be difficult for us as the growth rate goes down the inflation and loan process shall go up. 80% of the GDP shall consists of debt or loan. In 2019 the inflation will remain 7 % monitory deficit 6.9 % and the receipt from Pakistani expatriates shall be able to fill the gap and offset the current deficit up to 70 %. Since last six months Pak Rupee has been subject to depreciation while the India to whom we have defeated in air and border conflicts its Rupee got strong in the international market. Prior to this, the Asian Development Bank while talking about our economy, claimed that our GDP had decreased at the level of 3.6 %. Our economic signals are becoming red and warning us as how and which challenges we have to face in coming future. In spite of controlling monitoring and fiscal policies the GDP shall be 3.4 % in 2019 while in 2020 it shall further decrease and come down at 2.7 %. As per WB report in 2020 the proportion of GDP and loan shall go up to 80 %.

The inflation shall rise up and poverty scale shall further decrease. After introducing the fiscal and monitory control the GDP decrease in 2019-2020 will remain 3.4 % and 2.7 % respectively. When the signals of macro-economic factors will blink in green the export sector will become strong and GDP will again come to at 4 % level but this increase is subject to the behavior and attitude of international market while keeping the oil prices same and constant. Internal and external security should be strong and the important thing is that Pakistan should stand politically on strong basis. Even then it is expected that the inflation menace shall rise up to 7.1 % and 13.5 % in 2019-2020.

Monitory deficit shall remain 6.9 % and it will further increase in 2020 due to the payment of outstanding interest. So the present situation requires from Pakistan to introduce such reforms which allows smooth working for the investors, traders and industrialists. Improvement in the taxation structure necessary reforms and consequently to create a friendly relation between the revenue authorities and tax payers. Needless to say the introduction of competiveness in trade businesses, exchange rate flexibility and elimination of uncertainty is the basic tools of economic devolvement.

To and from the IMF the uncertain situation needs to go and say good bye. Similarly, after the presumed Pulwama Attack the reciprocal blame game have created a tension, forcing India to withdraw the “Most Favored Nation” status MFN from us and have imposed 200 % duty on our exports. Opinion makers say that the Pakistan should also impose the same duties on the imports from India. The import and exports from India and Pakistan are 1.6 Billion and 56 Million US Dollars totaling to 2.16 Billion US Dollars.

In the meantime, Dr. Ashfaq Ahmed a renowned economist has warned that we should not forget that due to CPEC Pakistan is standing today against the western powers. The World Bank, ADB and IMF has wrongly worked our GDP and national income. The IMF on the one hand forecasts that our GDP is 2.7 % and on the other hand says that we should increase our target budget and take it to 5400 Billion Rupees. It is not a fair expectation from the Pakistan Economy, so the new Guard Dr. Hafeez Shiekh and other “Economic Managers” should be alert while carrying out negotiations with IMF Bosses.