Skip to content
Home » The fourth Adab Festival is to be held on 26 and 27 November 2022 at Frere Hall, Karachi 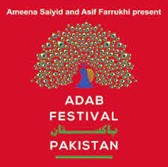 Ameena Saiyid, Founder and Director Adab Festival, the Deputy Director of British Council Pakistan and Wasif Rizvi, President of Habib University, announced the fourth Adab Festival to be held on 26 and 27 November 2022 at Frere Hall, Karachi.

Ameena Saiyid said, “Climate Change is the Adab Festival theme this year. At Adab Festival, we take literature in its widest form of expression in any language or form, such as music, dance, acting, and art. Literature is undervalued in Pakistan, and we tend to consider it ivory tower stuff for the elite. Through Adab Festival, free and open for all, we want everyone in the community to love, experience and enjoy literature. The Adab Festival belongs to Karachi and our community which is why we have it in an open public space.”

Change in Pakistan will likely have increasingly terrible impacts on food security and water scarcity. Despite this existential threat, Pakistan has done little to impact the mainstream climate change narrative.

As an intellectually vibrant institution, Habib University considers it our responsibility to initiate critical discourse highlighting the severity of such existential threats.

The theme of the 4th Adab Festival – ‘Climate Change’ – is close to Habib University’s mission of working towards protecting our ecosystem; hence we are delighted to play our part by joining hands with Adab Festival.

Zubeida Mustafa. “Cultural Festivals have educational importance. They have a profound impact on a community. They create harmony, cohesion and, when inclusive, a sense of equality and goodwill.”

There will be a separate strand for children to draw them to reading through storytelling, music, performances and art.