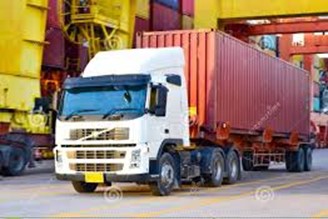 Sheikh Afzal Hussain, Chairman, Pakistan Tanners Association (PTA) has strongly emphasized the need to call off the strike of United Goods Transport Alliance (UGTA) in country. The strike has become very severe & detrimental to the activities of exports & import of Pakistan, which has now been entered in 2nd week for the strike of transporters.

He also shared owing to transporters strike for the last 8 days a billion of Rupees loss has already been lost, while all the export & import activities of Pakistan are severely suspended to the deteriorated extent.

Sheikh Afzal Hussain, Chairman, PTA also informed that the Up country member exporters of PTA are in very deep trouble & perturbed even to get the Empty Containers for the Exports & Import Activities, which are not available within the up country areas, which is ultimately causing to hamper the export & import activities in general and causing cancellation of “Export Orders” owing to delay/late in the delivery of export cargo to the Karachi Ports for onward embarkation for meeting the export orders deadline already committed with the Foreign Buyers/Customers by PTA member exporters.

He also shared with the Media that IF the Strike is called off today then, the sufficient time period of 3-4 days will also be required for the delivery of empty containers to up country members to enable them to proceed further for refilling the export items/contents for returning back to Karachi for the exports, resultantly the activities of export & import is severely jeopardized for the up country exporters of Pakistan particularly PTA’s member exporters as compared to rest.

Sheikh Afzal Hussain, Chairman, PTA strongly appealed to the helm of the Affairs of Government of Pakistan and also Sindh Government to negotiate with the Transporters for immediately restoration of process of transports without further delay to avoid further loss of the country for the precious foreign exchange.

The transporters are stuck on their demands of introduction of axle load limit as per court order, relaxation in penalties on traffic rules violations on highways and motorways and simple procedure for issuance of licenses. As a result, transportation of cargoes for import and exports are badly affected at ports, dry ports and in factories in the country.