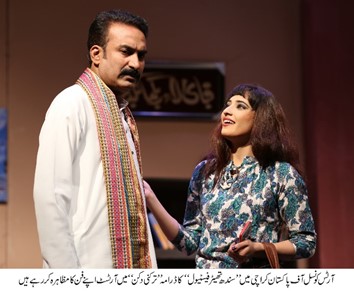 The on-going Sindh theater festival will last till 18th of November that includes 20 Urdu and Sindhi Plays.

Meanwhile, with the collaboration of Sindh Culture Department, Arts Council of Pakistan Karachi is going to stage a Sindhi Play “Hartal” in Sindh Theater Festival on the 15th of November 2018 at 7:30 PM on Thursday at Arts Council Auditorium Karachi. The play will be directed by Sattar lar where famous artists of the Sindhi theater will perform in the play.