Sindh Engro Coal Mining Company (SECMC) in support of its partners has initiated another landmark drive for the employment of experienced local HTV drivers for its mining project in Thar Coal Block II, in Sindh Province of Pakistan. This is part of their skill development campaign called, ‘Hunarmand Thar, Khushhaal Pakistan, says a statement issued by company.

Under this drive, a 5 day campaign will run to select 200+ experienced HTV licensed drivers from District Tharparkar, Umerkot and adjoining districts who will be considered for further evaluation. Upon successful completion of the week long selection drive and subsequent evaluation by SECMC’s third party contractor and China Machinery and Engineering 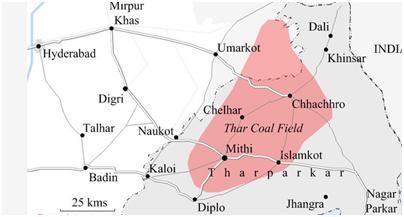 A unique pioneering initiative such as the one being initiated under the banner of ‘Hunarmand Thar, Khushhaal Pakistan’ will seek to train over 1,500 locals, in several different trades required for the skill manpower requirement for both the mining project being undertaken by SECMC and the power plant project, being undertaken by Engro Powergen Thar Limited. The drive which has been initiated today with much aplomb, enthusiasm and hope for a better, brighter future for Tharis and their future generations has been funded by China Machinery and Engineering Company, SECMC’s equity partner and its EPC contractor.

In the past few months, under the same program, SECMC has steered campaigns for the training of 200 local unskilled manpower for a three month long program at NLC’s facility at Dina, Islamabad, after which they will become certified HTV drivers. Induction into the mining project will bring them closer to their dream of Thar Coal and its vast potential for improving the economic dynamics of the region at large. Another important initiative was launched in May whereby SECMC collaborated with Aman Tech to train 35 unskilled persons from Block II to become masons. Future campaigns will look to train hundreds of local Thari youths in trades pertinent to the Project such as steel fixers, scaffolders, carpenters, electricians, mechanics, plumbers, riggers, auto mechanics and HVAC technicians.

The Thar Coal Project can only be truly realized unless it brings a positive impact on the lives of the Thari people because it’s the people of Thar who will make sacrifices for this Project to make it a success and bring energy security to the Nation; it is these people who will alter their means of traditional livelihood with a hope that this will be in the best interests of the people at large and it is in fact the fulfilment of their hopes and dreams which will be the epitome of the Project’s success in Thar.