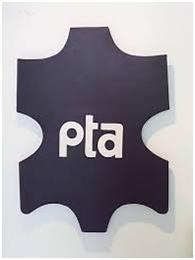 Pakistan leather industry once again recorded their concern over increase in electricity rates in Karachi. Sheikh Afzal Hussain, Chairman, Pakistan Tanners Association (PTA) in a statement criticized increase in tariff and termed same highly exorbitant/irrational as compared to the previously to the export oriented Industries including Leather Sector of Pakistan.

Sheikh Afzal Hussain, Chairman also categorically shared that the cost of Each Unit charged by K-Electric in June’2019 was @Rs.12/- each Unit while existing each Unit of Electricity reached to @Pak Rs.20/- Per unit, which reveals almost 67% increased during 6th Months, besides GST was imposed @ 17% out of which @Rs.3 each unit was providing by the predecessor Government being subsidy to support the export Oriented Industries of the country, but unfortunately which has also been withdrawn by the current Government. Apart from it, K-Electric has increased @Rs.3/- each unit since from December, 2019 on account of Fuel Adjustment of 33 Months effective from 2016 to 2019, which is now effective/charged from January’2020 to the export oriented Industries including Leather Sector of Pakistan.

The increased Tariff of Electricity as elaborated above is exceptional out of the world particularly for the Export Oriented Sectors of the country and obviously UN-BEARABLE/ UN-ABSORBABLE by the Export Units including Leather Tanning Units, which is realy detrimental and become Leather Sector of Pakistan is becoming out of park from the International competition of Export Business in international market because of cost of increased doing business in Pakistan in comparison with neighbor competing countries like India, Bangladesh & China.

It is needless to say here that besides the Government of Pakistan always conveying its intention for the promotion of exports but at ground the policies & prices of utilities including Electricity & Gas are negating/repugnant to the aspiration/announcement of the Government. The Leather Sector of Pakistan, which is the 2nd biggest export oriented industry with necessary value addition is already in severe crisis of export declining for the last several years consecutively, which is now to the alarming extent and needs to be addressed by the MOC, Government of Pakistan for the redressal to provide level playing to this vital Industry of the country.

The Chairman, Sheikh Afzal Hussain deeply grieved to share that 50% Industry have already closed down their operations, while remaining at the verge of closure owing to unfavourable condition & non availability of viable atmosphere & lack of level playing field to this Industry of the country, which could not cause to deprive for the precious foreign exchange for the country BUT also to create further unemployment within the country.

It is therefore necessary to fulfill the commitment made by the Government of Pakistan to provide “Ease of Doing Business” in Pakistan with maximum incentives SPECIALY reduction/rationalize the Tariff of Electricity & also Gas charges for the export oriented Sector of the country at economical prices to enable the Tanning Industry would be able to proceed international for yielding the sizeable foreign exchange for the country to avoid total collapse of the Industry.

Chairman, PTA, Sheikh Afzal Hussain strongly appealed to the Honourable Prime Minister of Pakistan to look into the MATTER OF VERY SIGNIFICANT nature for the Hike Prices of Electricity being charged by K-Electric & rest of Provinces too to reduce to the reasonable extent so that the Industry would be flourished to achieve the desired goals.