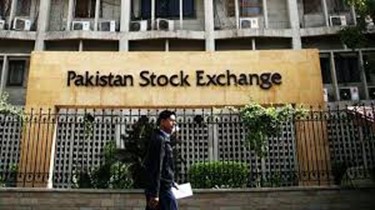 The 100 Index extended gains from the previous session amid significant increase in market activity (vol and Val both +52% on d/d basis) after market participants reacted positively to Supreme Court hinting at granting extension to current army chief for a limited duration in a bid to end a tense stand-off between government institutions.

The court announced a short verdict after market close and granted a conditional permission to extend army chief’s tenure by six months after being assured by the government that it would legislate on the army chief’s appointment and remuneration within six months. This should bode well for the market sentiment due to his ongoing role in facilitating the government to achieve its economic goals despite criticism from many. From a technical perspective, the 100 Index gave its highest closing since the rally started on 19th August, 2019 (+35%) as the 100 Index forms a ‘Golden Cross’ on daily charts. Major contribution to upside is attributable to gains in HUBC (+3.65%), PSO (+3.80%), MCB (+1.65%), LUCK (+2.52%), NBP (+4.96%), UBL (+1.26%), FFC (+1.15%), MTL (+5%), POL (+1.39%) and ENGRO (+0.57%).

Technically speaking, the 100 Index extended gain from the previous session amid jump in participation to close at a new high (at levels last seen in March 2019). On daily charts the 100 Index has formed a “Golden Cross” (50EMA crossing over 200EMA) which indicates the potential for a major rally. Major support is at 37,044 (20EMA). Immediate supply zone is 39k. (Courtesy: Intermarket Securities Limited)