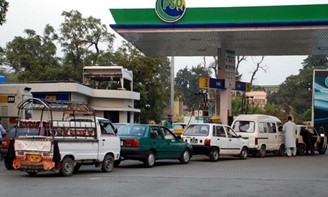 Total Petroleum and Lubricant sales clocked in at 1.99mn tons in Oct’21, depicting an increase of 17% YoY (ex- FO growth of 18% YoY) amid significant growth in High-Speed Diesel (HSD) volumes which clocked in at 0.84mn tons (highest sales after May’18), up by 25% YoY. The growth in sales volumes is primarily attributable to i) Higher HSD demand from the agriculture and transportation sector, ii) Demand boosted by an increase in economic activity amid significant growth in industrial productions on account of rising demand and higher trade activity, iii) Massive growth in automobile sales numbers (1QFY22 sales up by 84% YoY), iv) Strict surveillance on borders which reduced supply of smuggled fuel especially HSD, and v) Higher reliance on FO-based power plants.

The company-wise analysis demonstrates that PSO posted massive growth of 35% YoY in Oc’21, which was majorly contributed by sales growth of MS and HSD by 32% and 46% YoY, respectively (if we exclude PSO’s increase, then Oct’21 YoY sales growth will come down from 17% YoY to 2% YoY). This growth was followed by SHEL, portraying a growth of 22% YoY. However, APL and HASCOL posted a decline of 3% and 73% YoY due to a significant decrease in sales volumes.