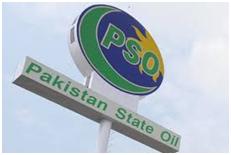 The Board of Management (BoM) of Pakistan State Oil (PSO) organized a meeting on August 13, 2016 at company’s head office PSO House to review the company’s performance for the fiscal year ended June 30, 2016.


A growth of 3.4% was witnessed in overall sales volume of liquid fuels as compared to last fiscal year, which was primarily driven by growth in sales volume of White Oil and Black Oil by 4.1% and 2.7% respectively. Major increase was witnessed in Motor Gasoline sales, which increased by 9.3% over the last fiscal year amid lower local petroleum prices and increased motor vehicle population. PSO’s Black Oil sales volume increased by 2.7%; whereas industry volumes declined by 3.1%, owing to increased availability of natural gas / R-LNG to power producers.

During the year, the Company has reported a Profit after Tax of Rs 10.3 billion as compared to Rs. 6.9billion witnessed last year. The earnings per share stood at Rs. 37.81 in comparison to Rs. 25.53 last year. The increase is mainly due to growth in sales volume and margins of White Oil products revised in November 1, 2014 and reduction in Operating and Finance cost by 10% and 35% respectively. However, the said increase was partially offset by decrease in Black Oil margins due to reduced price impact of black oil.

The outstanding receivables of Rs 233 billion (June 30, 2015: Rs 230 billion) from the power sector, PIA and SNGPL against supplies of Furnace Oil, Aviation Fuels and Liquefied Natural Gas (LNG) continues to put pressure on already constrained liquidity position and will be a challenge as international oil price increases. The management continues to work closely with Ministry of Water &amp; Power and PIA for timely realization of due payments against uninterrupted fuel supplies to support the power sector and airline operations. Based on the performance of the company, the BoM has announced final cash dividend of Rs. 7.5 per share i.e. 75%. The management of the company expressed gratitude to its shareholders, customers, business partners and other stakeholders for their trust in the company and to the Government of Pakistan, especially the Ministry of Petroleum and Natural Resources for their continuous guidance and support. The Managing Director thanked team PSO for their ceaseless efforts to ensure uninterrupted supplies of fuel despite facing challenges.