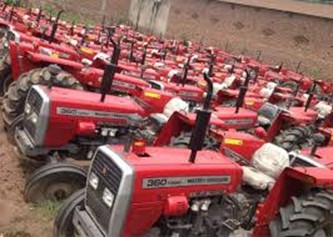 The Pakistan government has approved the subsidy on tractors amounting to PKR1.5bn,which was announced in May as part of PKR50bn Agriculture support package.

As a result, the GST on tractors is being reduced from 5% presently to 0% for one year (FY21). The government has also approved a PKR6.8bn subsidy on mark-up on Agri-loans. We expect demand for tractors to rebound strongly due to the reduction in GST and other measures taken by the government to support farmer income.

Measures of the Agriculture Package similar to Kissan Package FY16

Note that many measures in the Agriculture package resemble those introduced in the Kissan Package FY16 by the previous government. That led to an astounding c.44% sales CAGR over the next three years (from 33,986 units sold in FY16 to 70,887 units in FY18). The government has also increased the wheat support price to PKR1,400 per 40kg from PKR1,365 per 40 kg.

We believe tractors can stage similar growth in sales (as during FY16-18) over the next couple of years. By the end of Package’s tenure by end June 2021, we think the PTI government will remain pro-agriculture, as elections are due only two years later. It can potentially maintain most of these measures until the end of its tenure in FY23. (Intermarket Securities Limited)