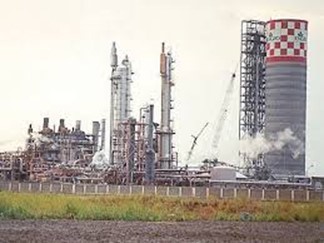 The 33% yoy decline in Urea sales in 5M is partly attributed to the locust attack in some parts of the country exacerbating the effect of logistical issues amid pandemic induced lockdowns (which briefly disrupted transport of crops to the cities during March). Even with smart lockdowns and return to normal course of business for farmers, Urea sales remained low due to the delay in start of Kharif season (sowing during April-May).

Industry Urea inventory level has again risen to the alarming level of 1mn tons (c.18% of annual production) after a gap of six months. The inventory increased by 4.2x yoy and 30% mom to reach c.1.15mn tons at the end of May, which is attributed to the same factors that led to soft demand (above). The build-up has arisen despite RLNG based plant being out of operations during the period (indicating the severity of impact on demand). However, one silver lining is that the government will not permit RLNG based plants to operate again in the remainder of CY20, in our view.

DAP offtake clocked in at c.61k tons in May 2020, down 71% yoy and 60% mom, depicting similar weakness as with Urea. On a cumulative basis, DAP offtake decreased by 13% yoy to 422k tons in 5MCY20, because of the aforementioned disruptions. Its inventory levels stood at 502k tons by end-May, almost same as 503k tons at the end of May 2019. Major portion of the DAP inventory was held by FFC, FFBL, EFERT and FatimaFert

In the near term, fertilizer demand will likely remain softer than usual due to the lockdowns and threat of locust attack after monsoon season, but we continue to expect total Urea sales in CY20 of 5.7mn tons, supported by the PKR37bn direct farmer subsidy on fertilizers announced by the government in May. However, this will be less than the 6.2mn tons offtake in CY19 (which was stretched beyond natural consumption levels due to speculative pre-buying by dealers in December 2019).

Recently, there has been news that the government may increase feed gas prices for fertilizer producers. If it transpires, then Urea prices will likely be increased by PKR200/bag. This will have a neutral impact on FFC and FFBL (as they will pass on the cost increase); but it will be positive for EFERT and FATIMA, as they enjoy concessionary feed gas prices (and will benefit from the increase in prices by the Fauji’s), in our view.

We have a Marketweight stance on the sector, where high dividend yields for some of the stocks remains the anchor point for investment amid low interest rates, in our view. For a superior risk-reward, we prefer FFC in the space. (Intermarket Securities Limited.)