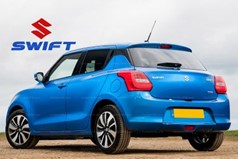 In April 2022, Auto industry sales rose by a sharp c.30% yoy but decreased by 18% mom to c.22,000 units. The strong yoy growth is led by the Economy segment. Thus, 10MFY22 sales clocked in at c.228,000 units (up a strong c.50% yoy). Reduced working hours during Ramadan and supply chain constraints likely resulted in the mom decline in sales, in our view.

Among INDU models, combined volumes of the Premium segment cars (Fortuner and Revo), increased by c.60% yoy, while combined Corolla & Yaris volumes decreased by 5% yoy. The shift in production towards the Premium segment (which had earlier been delayed due to supply issues), is likely to have resulted in the decline, in our view.

PSMC sales clocked in at a c.12,600 units, up a sharp c.50% yoy, led by handsome growth in Cultus volumes. Wagon R and Alto sales posted decent yoy growth during the month as well. The highly anticipated and newly launched Swift posted highest ever monthly sales of c.2,300 units. We believe Swift sales are likely to support margins of the company in the coming quarter.

Tractor sales rose by 8% yoy at c.4,800 units, largely led by AGTL (doubling yoy to 2,603 units), clocking in higher than MTL. Sales for MTL on the other hand, declined by a sharp c.30% yoy to 2,245 units. Decline in exports is likely to have led to the sharp yoy decline, in our view. We expect tractor sales to resume the uptrend in the coming months amid elevated farmer income. However, the growth may be checked by delays in GST refunds, in our view.

Despite measures taken by both the government and SBP to moderate growth in auto sales, volumes in April continued the handsome yoy growth (largely led by the Economy segment). However, industry growth is likely to retract in 2HCY22 due to (i) measures aimed at reducing auto-financing (including higher interest rates), (ii) recent increase in prices, and (iii) longer delivery lead times on account of supply-chain issues (parts and container issues). Lockdowns in China due to covid, are likely to further exacerbate supply chain constraints, in our view. We have a Marketweight stance on the Auto sector with a preference for INDU (TP of PKR1,416/sh).