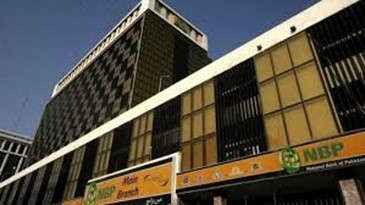 National Bank of Pakistan (NBP) has proved itself as a leading commercial bank of the country in terms of assets and profit, and is prepared to launch initiatives for promotion of inclusive banking and to meet the local and global economic challenges. ” National Bank has strong assets base amounting to Rs 3 trillion.

It is the backbone of national economy and we will do more for the nation,” said NBP’s President Arif Usmani on Tuesday while speaking at 70th anniversary celebrations organized at NBP Head Office in Karachi.

NBP Chief said that under the new initiatives the bank would focus on the financing of agriculture, SMEs and of the projects/businesses aimed at women empowerment. For this purpose, he added, an exclusive group had been formed to achieve the targets within shortest possible time.

He said strengthening of agriculture was must for the prosperous Pakistan and SMEs were the second largest and important economic sector. However, SMEs people were shy to get loan from banks because of lack of information about the loan procedure.

“We are organizing seminars in different areas of the country to train SMEs people. These training sessions are titled Certified to Borrow,” he said adding that this certificate would work as license for getting loans for SMEs and NBP would give discount in interest rate to these certified SMES borrowers.

Arif Usmani said the bank had also gone for systematic up-gradation and the use of latest technology to provide best services to its customers in the era of digitalization. The had prepared to move with digital revolution. Around seventy five million cellular phones were in the country and the people wanted banking facilities on their phones. He, however, regretted that only 40 percent economy was documented and the banks were working with this portion.

He said that increasing the GDP-tax ration was very essential for strengthening the economy of the country and the government was taking steps to remove trust deficit among the taxpayers,

Talking about the 70-year journey of NBP, he said it was set up through an ordinance and its primary task was to finance jute trade as it became difficult to continue export of jute after United Kingdom and India depreciated their currencies.

As a part of this move, he said, the second ordinance was issued for formation of Jute Board to support the jute sector which at the time was the major export sector.

To a question from media, NBP President said under Kamyab Naujawan Program launched by the present government, till date more than one million applications were received, of which 470,000 people had applied through NBP; other partner banks were Bank of Punjab and Bank of Khyber.

Earlier, dua was offered for the progress of NBP and for the prosperity of the country, along with playing national anthem and national songs. The NBP Head Office was decorated with colourful buntings and national flags.