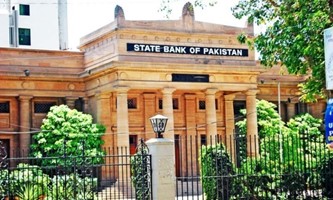 At today’s meeting, the Monetary Policy Committee (MPC) decided to raise the policy rate by 100 basis points to 9.75 percent. The goal of this decision is to counter inflationary pressures and ensure that growth remains sustainable.

Since the last meeting on 19th November 2021, indicators of activity have remained robust while inflation and the trade deficit have risen further due to both high global prices and domestic economic growth. In November, headline inflation increased to 11.5 percent (y/y). Core inflation in urban and rural areas also rose to 7.6 and 8.2 percent, respectively, reflecting domestic demand growth. On the external side, despite record exports, high global commodity prices contributed to a significant increase in the import bill. As a result, the November trade deficit rose to $5 billion based on PBS data.

The MPC noted that recent data releases confirm that the emphasis of monetary policy on moderating inflation and the current account deficit remains appropriate. Following today’s rate increase and given the current outlook for the economy, and in particular for inflation and the current account, the MPC felt that the end goal of mildly positive real interest rates on a forward-looking basis was now close to being achieved. Looking ahead, the MPC expects monetary policy settings to remain broadly unchanged in the near-term.

In reaching its decision, the MPC considered key trends and prospects in the real, external and fiscal sectors, and the resulting outlook for monetary conditions and inflation.

High-frequency indicators of domestic demand released since the last meeting, including electricity generation, cement dispatches, and sales of fast-moving consumer goods and petroleum products, and continued strength in imports and tax revenues suggest that economic growth remains robust. The outlook for agriculture continues to be strong, supported by better seed availability and an expected increase in the area under wheat cultivation. Meanwhile, robust growth in sales tax on services also suggests that the tertiary sector is recovering well. While some activity indicators are moderating on a sequential basis, partly as a result of recent policy actions to restrain domestic demand, growth this fiscal year is expected to be close to the upper end of the forecast range of 4-5 percent. This projection factors in the expected impact of today’s interest rate decision. The emergence of the new Coronavirus variant, Omicron, poses some concerns, but at this stage there is limited information about its severity. The MPC noted that Pakistan had successfully coped with multiple waves of the virus, which supported a positive outlook for the economy.

Despite strong exports and remittances, the current account deficit has increased sharply this year due to a rise in imports, and recent outturns have been higher than earlier expected. Based on PBS data, imports rose to $32.9 billion during July-November FY22, compared to $19.5 billion during the same period last year. Around 70 percent of this increase in imports stems from the sharp rise in global commodity prices, while the rest is attributable to stronger domestic demand. Due to the higher recent outturns, the current account deficit is projected at around 4 percent of GDP, somewhat higher than earlier projected. While in the near term monthly current account and trade deficit figures are likely to remain high, they are expected to gradually moderate in the second half of FY22 as global prices normalize with the easing of supply disruptions and tightening of monetary policy by major central banks. In addition, recent policy actions to moderate domestic demand―including policy rate hikes and curbs on consumer finance―and proposed fiscal measures, should help moderate growth in import volumes through the rest of the year.

In this context, the MPC emphasized that the monetary policy response to arrest the deterioration in the current account deficit has been timely. Together with the natural moderating influence of the flexible and market-determined exchange rate, the MPC felt that this response would help achieve the goal of a sustainable current account deficit this fiscal year. Moreover, the MPC noted that the current account deficit is expected to be fully financed from external inflows. As a result, foreign exchange reserves should remain at adequate levels through the rest of the fiscal year and resume their growth trajectory as global commodity prices ease and import demand moderates.

During July-November FY22, fiscal revenue growth has been strong, driven by a broad-based and above-target increase in FBR tax collections (36.5 percent (y/y)). However, lower petroleum development levy (PDL) collection led to a decline in non-tax revenues (22.6 percent (y/y) in Q1 FY22). On the expenditure side, development spending and subsidies and grants have increased significantly during this period. The government intends to introduce legislation to increase revenues through elimination of certain tax exemptions and reduce current and development expenditures. These measures would help moderate domestic demand, improve the current account outlook, and complement recent monetary policy actions.

Since the last meeting, despite a moderation in consumer loans, overall credit growth has remained supportive of growth. Meanwhile, across all tenors, secondary market yields, benchmark rates and cut-off rates in the government’s auctions have risen significantly. The MPC noted that this increase appeared unwarranted.

The momentum in inflation has continued since the last MPC meeting, as reflected in a significant increase in both headline and core inflation in November. Due to recent higher than expected outturns, SBP expects inflation to average 9 – 11 percent this fiscal year. The pick-up in inflation has been broad-based, with electricity charges, motor fuel, house rent, milk and vegetable ghee among the largest contributors. On a sequential basis, inflation rose 3 percent (m/m) in November. Looking ahead, based on this momentum and the expected path of energy tariffs, inflation is likely to remain within the revised forecast range for the remainder of the fiscal year. Subsequently, as global commodity prices retrench, administered price increases dissipate, and the impact of demand-moderating policies materializes, inflation is expected to decline toward the medium-term target range of 5-7 percent during FY23. The MPC will continue to carefully monitor developments affecting medium-term prospects for inflation, financial stability and growth.