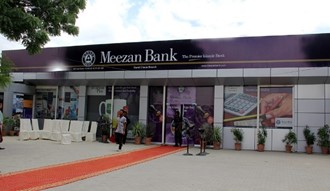 The Board of Directors of Meezan Bank Limited in its meeting, approved the condensed interim unconsolidated financial statements of the Bank and its consolidated financial statements for the quarter ended March 31, 2019. The meeting was presided by Mr. Riyadh S. A. A. Edrees – Chairman of the Board and Mr. Faisal A. A. A. Al – Nassar – Vice Chairman of the Board, was also present.

By the Grace of Allah (SWT), the Bank continued its growth momentum and posted excellent results for the quarter ended March 31, 2019. Profit after tax increased to Rs. 2,851 million from Rs. 1,915 million in corresponding quarter last year – a growth of 49% . The Earnings per Share (EPS) – on enhanced capital increased to Rs. 2.44 per share.

The Board has approved 10% interim cash dividend (Rs 1.00 per share) and 10% bonus shares in the meeting. Quarterly cash dividend has been approved for the first time in the history of the Bank and is in keeping with the Board desire to ensure that investors in Meezan Bank are well looked after. The Bank has maintained an unbroken payout record since the Bank’s listing on Stock Exchange in the year 2000.

Administrative and operating expenses increased by 24% primarily due to rising inflation, rupee devaluation and increase in costs associated with new branches – an investment in the future. However, the rise in expenses was sufficiently absorbed by the growth in the Bank’s income resulting in improvement in the Banks income expense ratio. The Bank added 16 new branches to its network during the quarter bringing the total number of branches to 676 in 189 cities. The Bank is now the 7th largest Bank in terms of branch network as well as in terms of deposit base.

The investments portfolio increased to Rs. 219 billion from Rs. 124 billion in December 2018 – a growth of 77%. During the quarter, a consortium led by Meezan Bank successfully closed Pakistan’s first-ever energy Sukuk issued by the Power Holding Private Limited, a company wholly owned by the Government of Pakistan (GoP). The Sukuk is guaranteed by the GoP and is eligible for SLR for the purposes of the State Bank of Pakistan (SBP). The Bank is the largest investor in this Sukuk with a participation of Rs. 85 billion.

The Islamic financings and related assets portfolio closed at Rs. 494 billion with an ADR of 64%. The Bank maintained its financing exposure in all sectors and continued to actively pursue growth in Small and Medium Enterprise (SME) / Commercial and Consumer segment. The NPL ratio and NPL coverage ratio stood at 1.4% and 137% respectively. The Bank remains a well-capitalized institution with Capital Adequacy Ratio of 15.5%.

The VIS Credit Rating Company Limited (formerly JCR-VIS Credit Rating Company Limited), in 2018, assigned the Bank an Entity Rating of ‘AA+’ (Double A Plus) for the Long Term and ‘A1+’ (A-One Plus) for the Short Term with stable outlook. The Subordinated Tier II Sukuk and Additional Tier I Sukuk of the Bank has been assigned a credit rating of ‘AA’ (Double A) and ‘AA-‘ (Double A Minus) respectively. These ratings represent sound performance indicators of the Bank.