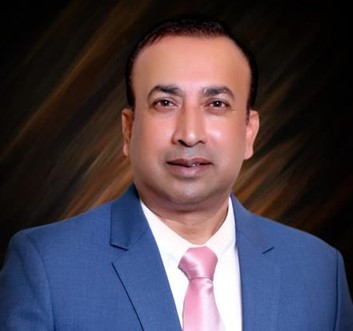 Chairman Pakistan Leather Garments Manufacturers and Exporters Association (PLGMEA) Danish Khan, while expressing concern over the Eid holidays, said that the current dangerous situation and lockdown in Corona could lead to severe economic woes among traders and industrialists. Therefore, the notification of approved Eid holidays should be reviewed so that the production activities of the export-oriented industrial sector are not affected and the orders of exporters can be completed on time.

Danish Khan said that due to the current pandemic of corona, business activities have also been affected while implementing the proposal imposed by the government. He appealed to the federal and provincial governments to take steps to make the industries fully operational to overcome the current economic crisis.

Chairman PLGMEA said that the prolonged closure of holidays on Eid would have a negative impact on industrial activities and would make it very difficult to achieve export targets. The closure of the working class, thousands of small and large factories due to the holidays will completely shut down production and industrial and business activities will be wiped out, directly affecting the business community as well as a large part of the population.

Danish Khan Chairman PLGMEA, said that due to the Eid holidays in the country, Pakistan would face difficulties in fulfilling export orders from European countries including the United States and other states, which would be detrimental for both the country and the nation.

He said that due to Pakistan getting GSP Plus status, in order to fulfill the export order on time, it was necessary to end the long holidays so that there would be a significant increase in industrial production activities and timely delivery of orders could be made possible. He said the country may face a reduction in government coffers and foreign remittances due to the Eid holidays.

Danish Khan further said that in the current economic situation, long holidays on Eid-ul-Fitr cannot be afforded. He demanded the government to give priority to the opinion of the business community of the country in view of national interest and improvement of the economy. Revoke the existing notification while reviewing the holidays and limit it from May 12-16.