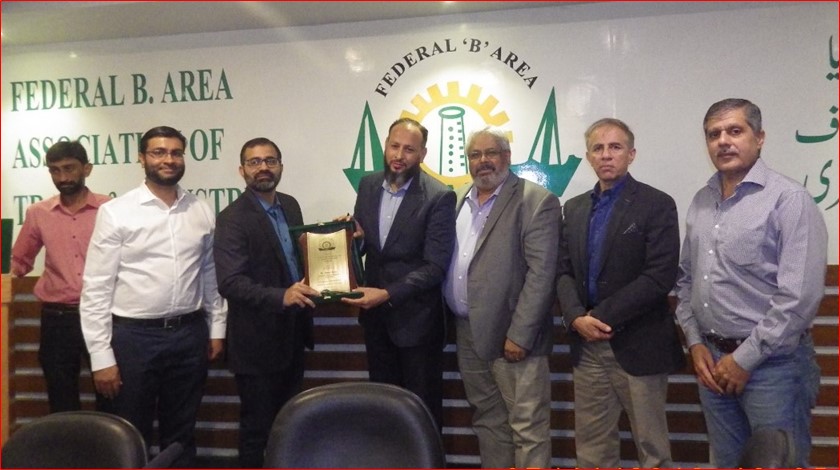 A KE delegation headed by CEO Moonis Alvi met with the Federal B Area Association of Trade & Industry (FBATI) as part of the power utility’s drive to further improve industry facilitation through closer coordination.

President of Federal B Area Association of Trade & Industry (FBATI) Abdullah Abid spoke about KE’s efforts in facilitating industries through initiatives such as a simpler and faster process for acquiring new connections.

He also spoke about the improved accessibility of K-Electric which has resulted in efficient resolution of operational and technical issues faced by industries. Masroor Alvi, Chairman of the Utilities Committee FBATI spoke about KE’s improved response times and efforts to enhance the quality of services such as exemption of industries from load-shed. At the same time, he also expressed hope that KE will continue to invest in the power infrastructure of Karachi with growing power demand of the city. Office bearers of the association acknowledged the need for all stakeholders to work together in developing a robust civic infrastructure which will create an enabling environment for the utility to operate.

Moonis Alvi, CEO K-Electric apprised the FBATI leadership about KE’s commitment to facilitating industrial consumers through upcoming initiatives. The most important among these is the 900MW RLNG-based power plant which is expected to be start producing electricity by summer of 2021. “This highly efficient, combined-cycle power plant is part of K-Electric’s vision of diversifying its fuel mix, enhancing its generation fleet efficiency, and meet the growing power demand of Karachi. This investment is also critical considering the National Grid’s technical limitations to provide additional power to KE which is available in their system. The city’s power demand is growing faster than the rest of the country which makes it imperative to commission such projects to bridge the gap between supply and demand.” Mr. Alvi also spoke about ongoing infrastructure upgrades such as the installation of Aerial Bundled Cable (ABC), in line with the power utility’s efforts to further enhance the reliability and safety of the network. Amer Zia, Chief Distribution Officer outlined the installation of automated meter reading (AMR) to increase transparency. Progress of KE’s US$ 450 million transmission enhancement project was also discussed, under which four grids and 22 power transformers have already been energized.

KE officials further apprised FBATI of the various initiatives including the reduction of documents required for New Connection, Load Extension and Load Regularization applications of industries. The power utility has also significantly reduced the turnaround times for acquiring new connections in line with its efforts to support Karachi’s economic growth. These and other initiatives have contributed to improve Pakistan’s ranking by 36 points from last year to reach 108 in the World Bank’s Ease of Doing Business Index. In the parameter of Getting Electricity, Pakistan improved by 44 points to reach the 123rd spot.