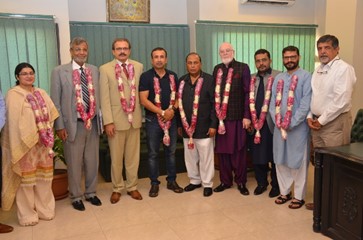 On this occasion Patron in chief of the association SM Muneer showed the hope that newly elected office bearer would raise the concerning issues faced by Korangi industrial area and business community in effective manner. He also appreciated the efforts of outgoing president Tariq Malik and his team.
Newly elected President Danish Khan showed his resolve to put every possible effort for the cause of development of Korangi Industrial area and advocacy for industry related issues on every available forum. He also praised his predecessor on his efforts to promote the narrative of business community.