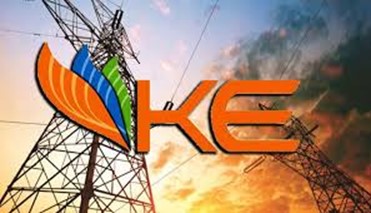 K-Electric (KE) is pleased to announce the successful closure of its PKR 25 billion Sukuk which is the largest Sukuk issue in the private sector of Pakistan. With oversubscription of IPO portion of Sukuk by almost 2.5 times, the power utility was able to close the Sukuk subscription on 3rd August 2020, more than two weeks ahead of schedule. This is testament to the continued investor confidence in K-Electric’s robust investment plan under which USD 2 bn will be spent across Karachi’s energy value chain over the next 3 years; including establishment of a 900 MW state-of-the-art RLNG-fired power plant and downstream transmission and distribution upgrades. Supported by timely regulatory and governmental approvals, these investments will shift Karachi into a power surplus position through the addition of close to 2100 MW additional power supply by 2023.

Out of the targeted PKR 25 billion, KE had earlier raised PKR 23.7 billion via a pre-IPO (Initial Public Offering). The remaining amount (PKR 1.3 billion) was offered through IPO to the general public, with a minimum subscription of PKR 5,000 per certificate. With a seven year tenor, inclusive of a two-year grace period and a AA+ accreditation from the VIS Credit Rating Company Limited, the issue offers a lucrative return to its investors. Listed on the Pakistan Stock Exchange, the Sukuk will provide a trading platform for investors during the life of the instrument, with Arif Habib Limited acting as the Market Maker and Consultant to the Issue. The structure of the Sukuk has been approved by an independent Shariah Advisory Board. Habib Bank Limited and National Bank of Pakistan are the structuring agents for the Issue.

With this successful closure, KE management extends appreciation towards its valued investors for their continued confidence in the utility and its ability to provide continued returns to them and customers at large. This Sukuk issue will also contribute towards the increased use of Shariah compliant financial instruments in Pakistan’s capital markets. KE has previously launched four Sukuk issues. The last Sukuk issue of PKR 22 billion, issued in 2015, was also the largest issue in the private sector of Pakistan at the time.