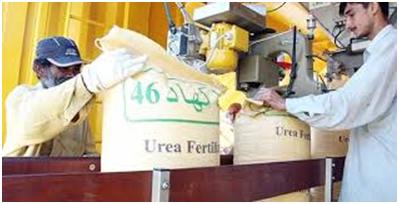 The recent hike in gas prices for fertiliser sector is estimated to jack up urea price by Rs128 per bag, not only dealing a blow to local farmers’ profitability, but also overall agriculture, industry officials said on Tuesday. “The fertliser industry is already suffering on account of subsidy of Rs20 billion, withheld by the government,” a spokesman for Fertiliser Manufactures of Pakistan Advisory Council (FMPAC) said in a statement.

“The profits have also dwindled to their lowest levels over the past six years regardless of record revenues achieved by major players.”

Commenting on feedstock price of gas, the FMPAC spokesman said, governments, around the world, held the responsibility to protect and favour their essential indigenous industries, to create more employment opportunities and reduce their imports bills. “The government should provide relief through adjustment in GIDC (gas infrastructure development cess) and other taxes to fertiliser sector, offering a competitive advantage vis-a-vis international market, thus supporting local farmers through affordable prices,” the spokesman said.

Therefore, he added, Pakistan should also formulate an ingenious tax regime to nurture its agriculture sector, while strengthening the supply of its basic inputs, like fertiliser.

Regarding gas supply resumption to closed fertiliser plants, the spokesman said, as a result of the gas supply restoration, Agritech located in the constituency of Prime Minister started urea production, while Fatimafert was also likely to resume production shortly, adding to the domestic production.

“The gesture of government especially the ministries of industries and production, and finance and petroleum, in this regard is appreciated by all and sundry,” he said.

Abdur Razzaq Dawood, the advisor to Prime Minister on Industries and Asad Umer, the finance minister having realised the need for operationalisation of under-utilised domestic production capacity, have played the lead role in saving local industry, foreign exchange and subsidy element, in view of higher international prices, he said.

The FMPAC representative said the shortage of local gas and high prices of imported liquefied natural gas (LNG) in the country had created major challenges for this sector, which was among the biggest revenue contributors to Pakistan’s exchequer. “Furthermore, not supporting the domestic production may result in urea shortage, forcing costly imports and volatility in prices,” he lamented.

The spokesman also pointed out that gas supply to manufacturers from Sui Northern Gas Pipelines (SNGPL) had remained highly erratic, causing major disruptions and shut-downs in the production of these enterprises suffering heavy financial losses.

It should be noted that the world over gas is provided to the fertiliser sector at a much lower rate compared to Pakistan. It is $4.28/MMBTU in Pakistan, while internationally it is between $2 to $3/MMBTU.