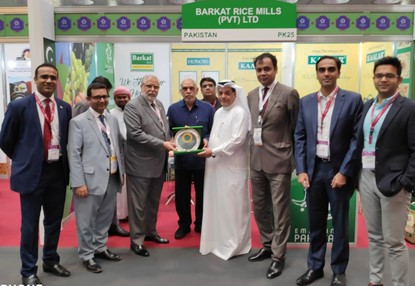 Vice President of Federation of Pakistan Chambers of Commerce and Industry (FPCCI) Tariq Haleem, while leading a Pakistani business delegation to Qatar said that Pakistan enjoyed good economic and trade relations which were improving fast with the growing understanding between the leadership and people of both countries. He said this during a meeting held between Pakistani delegation of businessmen and Qatar Chamber panel, headed by Chairman Sheikh Khalifa bin Jassim al Thani, held at the Qatar Chamber (QC) office in Doha.

He informed the meeting that Pakistan needed more than 1.2 million tonnes of LPG a year, according to a last-week report citing the Pakistan Energy Ministry. Of this, nearly 800,000 tonnes is met with supplies from local producers, leaving a shortfall nearly 400,000 tonnes, which is addressed mostly with imports from the Gulf, he added.

“We have a big requirement of the LPG. This is the gas for the poor man… If Qatar could do something, it would be a great help for Pakistan,” Tariq Haleem, told a QC panel.

Reminding the QC officials of the Pakistan government’s recent decision to cut duties on imported LPG, Haleem said the two governments should work together to arrive at a common ground on the LPG trade.

Responding to the suggestion, Towar said, “We can do something together, with the private sectors and the governments onboard.” Another potential area of cooperation, Haleem said, would be the China-Pakistan Economic Corridor (CPEC). “Although the project is between Pakistan and China, it is not a closed-door affair. Qatar can join in too. It can identify potential areas of investments,” Haleem said.