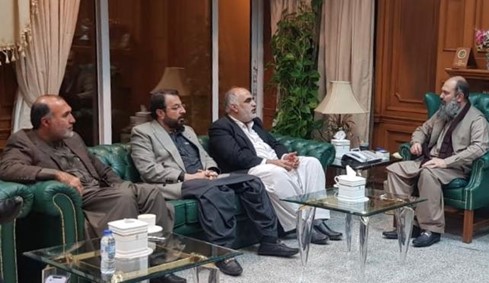 Engr. Daroo Khan Achakzai said that this investment conference would be held in the 1st quarter of 2019 to explore and exploit the resources existing in Balochistan and project its soft image on international level particularly in the backdrop of CPEC. He further informed that Chief Minister has offered incentives for attracting foreign investment in all sectors of the provincial economy to create jobs for youth and apart from incentives to both local and foreign investment the provincial government will also ensure security and protection of the investment.

Engr. Daroo Khan Achakzai hails from Balochistan assured the Chief Minister that FPCCI would project the positive image of Balochistan in the entire region and the issues and challenges being faced by the business community of Balochistan will be resolved on priority to restore the confidence of the investors. Though in terms of area Balochistan is unparallel yet the investment and economic activities need to be projected so that the province could keep pace with progress and development.

Mir Jam Kamal Khan, Chief Minister during the meeting extended congratulation to Engr. Daroo Khan Achakzai on his election as President FPCCI and all newly elected office bearers of FPCCI and assured his full cooperation support in carrying out economic activities in Pakistan in general and Balochistan in particular.

Chief Minister also accepted the invitation of President FPCCI for visit to FPCCI Head Office Karachi for meeting with the members of the business community.