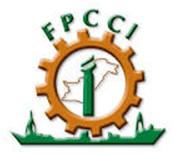 First meeting of the FPCCI Standing Committee on Alternate Energy Development, Chaired by Vice President FPCCI, Mr. Zahid Saeed and Chairman of the Committee Mr. Fawad Jawed, was held on Monday 4th June, 2018 at the Federation House, Karachi. The members of this Committee are closely affiliated with the development of the renewable energy sector of Pakistan and therefore have first-hand knowledge of the state of affairs of RE Sector.

Through a presentation by experts, the Committee was informed that by the end of 2018, Pakistan will have only 1200MW of operational Wind Projects, while more than 2000MWs of projects are at various stages of development. It was informed that these were being stalled by the Ministry of Energy on one pretext or another for the past 2 years, in contradiction of the current CCI approved Renewable Energy Policy 2006. During discussion, it was found that most of these projects have competed all technical and financial milestones and are looking forward to achieve Financial Close, but was unable to do so due to obstacles being created by the MOE in negation to the Policy in vogue.

The Committee also discussed various benefits of having renewable energy in the energy mix of Pakistan; specially when, (i) as opposed to Oil, RLNG and Imported Coal RE projects have no fuel cost, leading to great saving in foreign exchange, which,  under present circumstances should be our member on priority. (ii) Wind and Solar are environmentally friendly, which again is the need of the hour, as Pakistan in recent years is experiencing severe heat waves across the country. (iii) Cost of Wind and Solar technologies have seen rapid decline, making Wind and Solar one of the cheapest sources of energy in the world. On the other hand, Pakistan has relied heavily firstly on Imported Oil, and now on RLNG, which has rendered the cost of electricity unaffordable for the consumer.

The Committee concluded that unless cheaper forms of energy are brought in to the mix, Pakistan will continue to suffer the high cost of electricity, leading to collapse of exports and an in-competitive industry.

The Committee further castigated the perception of LNG to be the only savour. It was discussed that the tariff of LNG plants is cosmetically shown low in Tariff Determinations, whereas those tariffs have already increased by approximately 50% due to increase in price of this kind of fuel. That the impending decrease in the value of the Pak rupee would further increase the price of LNG, was another serious issue to contend with.

It was further discussed with concern that this increase has taken place even when the entire LNG capacity of Pakistan has not come into operations. Consequently, the Committee discussed to make recommendations for the MOE as to the way forward instead of being captive to LNG imports.

Furthermore, the Committee deliberated that the Wind tariff right now is lower than the current LNG tariff. Knowing that LNG tariff will keep increasing every day and Wind tariffs would remain the same, one could imagine the temporariness of LNG as a solution. It was seen that the upcoming economies will drive to put-up and operate new Wind power and keep the already installed LNG plants on idle as a backup. Even that will prove cheaper than continuously operating the existing and up-coming LNG fueled plants.

The Committee also believes that unjustifiably high levels of commitments have been deliberately placed in the CPPAG’s power purchase agreements, so that purchase of LNG power should continue, no matter at what price of the fuel.

The Committee was perturbed to see that over 550,000MW of Wind and 220,000MW of Solar power plants were currently in operation globally, where Pakistan clearly lags behind. In view of these figures, the Committee resolved to recommend to the GoP for focus of all efforts to induct RE’s on the needed level and on a fast pace. The Committee in this regards also took-up issue with the wrong perception of the MOE that the Power Sector was leading towards a so-called capacity trap and did not need to contract more power – specially, RE’s. This perception was considered to be propagated on the basis of non-professionalism and failure to ensure sustainability of the Power Sector during the operations of the last five years.

In the concluding remarks Mr. Zahid Saeed averred that FPPCI was very serious in supporting RE projects to facilitate environmentally friendly and cheaper forms of energy, which will support both business and residential consumers in the present economic and debilitating energy conditions in Pakistan.