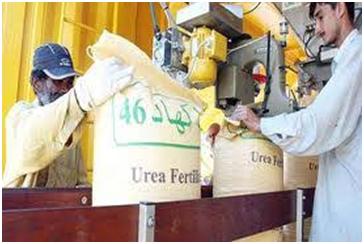 The PML (N) generally known to be business friendly and pro industrialization, but during the current tenure, it has been reportedly deadly for the industry. While the industrialization remained limited to power and sugar sector for obvious reasons, textile was worst hit and now the fertilizer industry is in line to the disastrous policy. The fertilizer industry is in peril due to the governments’ unstable policies.  The industry has urged the Prime Minister to save the fertilizer industry from collapsing which has an over 100,000 ton capacity which is underutilized due to non availability of gas at applicable and affordable rates. The manufacturers have been running from pillar to post to try and highlight their grievances on various government platforms. Shortage of local gas and high prices of imported LNG in the country has created major challenges for this sector – which is among the biggest revenue contributors to Pakistan’s exchequer. The cold response by the Government has resulted in pushing the industry to permanent shutdown and first casualty has been Agritech; the first state of the art fertilizer plant in national history.

Agritech Limited, a key fertilizer manufacturer has served the notice to lay off its manpower being unviable to sustain, after rigorous review of the gas supply situation to the company which is the primary raw material for urea production. In light of the fact that the supply of feed gas has not yet been restored after the winter curtailment and the present option offered by SNGPL to the company is the use of economically unviable RLNG or RLNG Local gas mix, instead of extending the local gas supply agreement at notified rates even with respect to gas supply on ‘as and when available’ basis, the company’s management concluded that it was not be feasible to continue the present plant operations in the absence of economically viable feed gas supply with full employee strength at the urea manufacturing facility.

The company management has so far failed in its efforts on all initiatives currently being undertaken with the Federal Government for the supply of gas at the affordable rates. Furthermore, the company is now forced to permanently release nearly all its workers, laborers and management staff at the urea manufacturing site with their terminal and separation dues pending final approval. The prolonged suspension of feed gas and no urea production due to feed gas absence has put further strains on the financial ability of the company to pay the salaries and wages to its employees. However, plant can immediately resume operations upon immediate gas resumption.

Fertilizer plants such as PFL, Agritech and other plants, who are working with SNGPL, have experienced frequent shutdowns on account of availability or affordability of gas. These plants have not operated at all during 2018 and also remained out of operation for almost eight months during 2017, thus negatively impacting the nation’s revenue and production which has resulted in huge financial losses to these companies. The higher price of RLNG offered instead of natural is not financially viable option for production of urea in particular under the prevailing price mechanism. The minimum essential affordability level should enable the above mentioned companies to keep the capital intensive plants in operation, retain skilled manpower and maintain their presence in the market, if the gas is provided in a sustained manner.

It may be noted that the industry is capable of meeting the projected demand supply of urea in the country; hence there is no need to consider any import proposition by the vested interests. However, in order to address the apprehensions of certain quarters about probability of lowering buffer stocks of 200,000 MT, it was submitted by the industry that in view of escalating international prices (approximate landed cost of Rs. 2,000 per bag), the proposal for import by NFML would require huge outflow of foreign currency in addition to provision of subsidy which would not be considered prudent. Instead, the underutilized national production capacity of around 1.1 million MT per annum, is operational through provision of sustained supply of natural gas at applicable and affordable rates to address the apprehensions about any future demand/supply gap, besides revenue earning for the government.

With robust production achieved over the past year, the cumulative inventory of urea in Pakistan reached 1.7 Million tons in May 2017, giving Pakistan a great opportunity to export some surplus quantities to reduce the excessive inventory burden and earn precious foreign exchange to stabilize the national economy. Hence the government should recognize the performance of this industry and facilitate the stakeholders with ample gas supply and timely payment of Subsidy claims. This way the fertilizer producers will be able to ensure better soil-nutrition and continue passing on the low-cost benefits to the poor farmers in the agricultural sector – the backbone of Pakistan’s economy.

Furthermore, it should be understood that subsidy on urea is not to benefit the industry but the farmers. Hence, the substitution of subsidy with reduction of GST on urea will have implications for both and must be understood. The fertilizer manufacturing sector has urged the government to consider measures for reduction of gas prices through removal of GIDC on feedstock to ensure prices of urea at affordable rates for the growers. The nonpayment of subsidies to industry for the quantities sold at subsidized rates has been a sour point while reduction of GST on fertilizers with no corresponding relief on input GST will push the industry in into further refund situation, which have already touched 15 Billion rupees. Fertilizer manufacturing circles have voiced at different forums that arrangements should be made for immediate payment of all the pending subsidy claims. These circles observed that reduction in the cost of production to make agriculture profitable is a major challenge, with current policies of the Government. The industry hopes that sense will prevail and outstanding subsidy payment commitments will be made by the government, besides ensuring the sustained supply of gas at applicable and affordable rates in the spirit of Fertilizer Policy 2001.