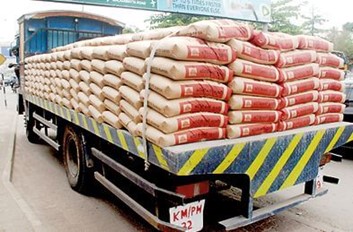 Pakistan cement industry saw poor demands in first two months of current financial year. Impact of economic contraction was visible in the cement sector; as the first two months of this fiscal saw domestic demand declining by 5.49 percent while exports posted a healthy increase of 12.

The regular contraction in construction activity has played havoc with the cement sector, which saw its capacity increased to 55.995 million tons. The industry dispatched 46.88 million tons of cement in 2018-19 leaving a surplus of 9.12 million tons. The domestic market remained under pressure in the last fiscal as well absorbing only 40.34 million tons, which was almost 2 percent less than 2017-18.

It is worth noting that the regular increase in domestic demand in the Southern area of the country last fiscal saved the sector from total collapse. This fiscal the uptake of cement has declined in the South by massive 32.95 percent in the first two months of this fiscal. The uptake in the North inched up by only 1.66 percent that could not compensate for the decline.

A spokesperson of All Pakistan Cement Manufacturers Association said that the consumption of cement determines the employment creation in the country. He said as local demand declines the number of jobs also register a decline. He said the ever-increasing entry of workforce in the job market demands that steps should be taken to create new jobs.

He said that the cement industry currently is facing a torrid time. The state has not helped its cause by slapping further tax on the industry this fiscal.

He said by facilitating the construction industry as a whole, the government could reduce the ever-increasing unemployment in the country. He said steps like increase in taxes on cement; high power and gas tariffs accompanied with axle weight condition on cement dispatches reduced the uptake of the commodity in the country. He said after withdrawal of axle weight condition the uptake would gradually increase.