Skip to content
Home » Cement dispatches declined by 6.83 per cent during September 2022: APCMA 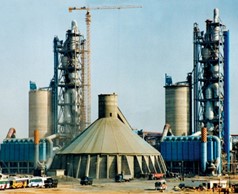 A spokesman of the All Pakistan Cement Manufacturers Association expressed serious concerns over strict limitations on establishing a letter of credit by the State Bank for spare parts and other machinery. The government must immediately relax conditions for opening letters of credit as, without extra parts, cement factories will face difficulties running their operations.

Meanwhile, according to AKD Research, local cement dispatches for Sep ’22 clocked in at 3.80mn tons, up 31%MoM, however, declining by 5.3% on a YoY basis. Both the regions witnessed a rather strong month, with North and South increasing sales of 25%MoM and 67%MoM, respectively.

Overall for 1QFY23, damaged severely by monsoon and devastating floods, local sales have decreased by 24%YoY to 8.60mn tons, where local sales in the North have remained depressed at 7.26mn tons while sales in the South have witnessed a decline of 25.3%YoY.

Add to misery, Richard Bay coal prices are trading at elevated levels of US$259/ton while the FYTD average now stands at US$325/ton, while an effective standard of coal prices for FY22 stood at US$214/ton. Moreover, recent development also suggests that European countries are stockpiling coal to substitute natural gas for households during the winter season.

The analyst expects the sector to remain in the limelight as the recent bout of currency appreciation and a possible rate cut in policy could bring the cyclical industry into the mix again. Therefore, it is believed this would be a good opportunity to accumulate where once coal prices ease off, with the other fundamentals intact, the sector will be poised for good returns where our top picks are LUCK and MLCF.