Skip to content
Home » Cement dispatches declined by 15.85 percent in May 2022 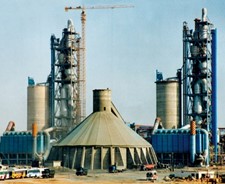 Domestic dispatches by South-based Mills during July- May 2022 were 7.33 million tons showing an increase of 9.07 percent over 6.72 million tons of cement dispatched during the same fiscal year. However, there was a substantial decline of around 35.1 percent in exports from the south zone as the volumes reduced to 4.15 million tons in the first eleven months of the current fiscal year from 6.4 million tons during the corresponding period of last fiscal year.

Expressing grave concerns over the political uncertainty prevailing in the country, a spokesman of the All Pakistan Cement Manufacturers Association mentioned that the continuous downfall of the rupee coupled with the skyrocketing prices of coal, electricity and petroleum products is badly affecting the business momentum. He emphasized that the government should ensure political stability in the country and give attention to industry concerns in the coming budget. “We hope that the government will provide some relief to the industry by reducing duties and taxes and focusing on PSDP and CPEC projects, which may help kick start the industry’s revival in the next fiscal year,” he added.