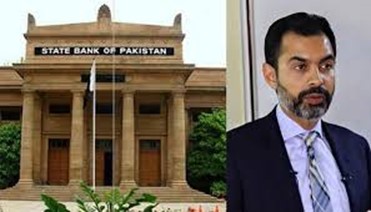 The Governor State Bank of Pakistan, Dr. Reza Baqir while giving his keynote address, shared his views in three areas: the outlook for Pakistan’s economy, areas where banks are doing well, and finally areas where banks need to do more.

On the outlook for the economy the Governor emphasized that economic policies are addressing previously accumulated external and fiscal sector imbalances.

On the external side, he noted that imbalances had arisen in the past because a fixed and overvalued exchange rate had widened the current account to a historically unprecedented monthly deficit of about $2 billion. To address this external imbalance, exchange rate flexibility and the shift to a market-based exchange rate system in May 2019 had significantly reduced the current account deficit and led to a notable improvement in FX reserves, net of borrowing. The Governor drew attention to the fact that Pakistan’s history demonstrated that low and falling and levels of reserves had been the leading cause of Pakistan’s repeated need to seek financial assistance from international financial institutions and therefore the best way to avoid such developments in the future was to build and preserve the country’s reserves. Dr. Baqir noted that preserving the policies of a market-based exchange rate system and zero lending of the State Bank to the government would help preserve reserves and therefore strengthen the country’s financial sovereignty. Regarding fiscal imbalances, the Governor opined that the government had recently demonstrated significant improvement in revenue collection and was on course to reverse the trend of a growing primary fiscal deficit which would improve the sovereign’s credit worthiness. The Governor noted that inflation had risen due to depreciation of the rupee, increases in utility prices and one-off factors related to temporary food supply chain disruptions. He expressed his confidence that monetary policy was appropriate to bring inflation down in the coming months and noted that real interest rates were in line with other emerging market markets and Pakistan’s history.

The Governor observed that there was growing recognition that economic policies are being successful in addressing previously accumulated imbalances and as a result the outlook for the real economy was beginning to improve. In this context he observed that due to the deprecation of the exchange rate, Pakistan’s exports had become competitive viz a viz Pakistan’s competitors which strengthened the outlook for the export sector. He also pointed to the significant increase in government development spending outlays which were expected to feed into real activity in construction and allied sectors in the coming months. Finally, he noted that the business confidence surveys conducted by IBA and available on the SBP’s web site had shown that after a number of months of decline, businessmen’s confidence was beginning to improve.

Turning to the performance of the banking sector, Dr. Reza Baqir said that it was encouraging that the industry’s Capital Adequacy Ratio (17.1%), Leverage Ratio (4.9%), Liquidity Coverage Ratio (170%) and Net Stable Funding Ratio (150%) are all better than local and international minimum benchmarks. Adding further he said that it is also a matter of satisfaction that the banking sector has remained stable and performed steadily despite recent economic shocks. He noted that gross non-performing loans had risen modestly lately to 8.8 percent in line with the slow-down in the real economy but that the net NPL ratio was 1.8 percent due to the fact that banks had provided for more than 80% of the non-performing portfolio. Governor Baqir also appreciated the efforts of the banks in partnering with the State Bank to successfully achieve the change to a market-based exchange rate system.

Governor SBP, Dr Baqir, said that despite impressive contribution by the banking industry, SBP expects that the banking industry will increase their contribution towards the economy further by increasing the lending to the private sector especially in the under-served sectors. These include SMEs, agriculture, and less-banked geographical areas. The Governor noted that bank’s appetite for taking risk to underserved clients has decreased which needs to be reversed while ensuring adequate credit quality and compliance. He also encouraged banks to devote greater attention to improving services especially to small retail customers and ensure fair pricing of various banking products including exchange rate conversion, return on deposits, mark-up on personal loan and advances, and charges on banking services. Finally, the Governor appreciated the banks’ efforts to improve the AML/CFT regime but noted that more needed to be done in this area.