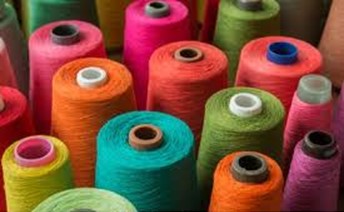 Mr. Zahid Mazhar while commenting on the statements of PHMA and PTEA said that their narrative is not based on facts and they are misleading the government and the authorities concerned as there is no shortage of cotton yarn in the country. He pointed out that during the period from July 2020 to December 2020 as per the data released by Pakistan Bureau of Statistics total production of cotton yarn was 1,715,665 tons compared to the corresponding period of last year when 1,714,175 tons was produced in the country. Out of the total production of yarn only 10 percent was exported in the first half of the current financial year whereas 90 percent was available for the downstream industry out of which the domestic downstream industry consumes only about 70 percent and the balance 20 percent remains as surplus. Moreover the exporters are allowed to import duty free cotton yarn under DTRE, Export Oriented and Manufacturing Bond Schemes from abroad if they find the local yarns expensive.

He added that the real problem was the shrinkage of the local cotton crop which has witnessed a massive decline over the last few years and this season’s projected production is the worst ever at about 5.5 million bales as against the annual consumption of cotton over 15 million bales and the best crop figures achieved of 14.5 million bales. Moreover the prices of the alternate raw material polyester fiber are also very prohibitive due to the imposition of heavy import duties and anti-dumping duties. The spinners have been hit with a double whammy where the domestic cotton crop has declined to one third of the highest crop achieved previously resulting in they are compelled to import about 60 percent of their consumption requirement of cotton and also the prohibitive duties on import of polyester fiber.

Mr. Zahid Mazhar further said that as far as the increase in prices of cotton yarn is concerned it is mainly because of the fact that the price of cotton has shot up to around Rs. 12,000/- per maund and the price of imported cotton has also risen to 95 cents per pound which is equivalent to Rs. 12,000/- per maund. As the spinners are procuring expensive cotton this year from the domestic and the international markets, therefore the cost of manufacturing of yarn is also higher than that of the previous year. The consumers of yarn should not expect the spinning mills to subsidize their costs by providing them yarns below their cost, rather they should explore other avenues to increase their margins, he added. The allegation of hoarding or selling cotton yarn at higher rates is therefore incorrect. He said that it is very alarming that the value added sector gets refinance facility amounting to over Rs. 450 billion every year at a concessionary interest rate of 3 percent which they always avail and can easily utilize to cover their requirements of yarn timely. It is inconceivable that despite the availability of cheap refinance they complaint of being unable to procure yarn timely, it is a wonder where this amount of Rs. 450 billion is invested. Obviously, the spinners cannot be blamed for this. It is also very unfortunate that export refinance is not available to the spinning mills and they have to face great difficulty in the procurement of cotton, which they have to cover in a limited time span of five months in every cotton season. The spinners always are under a huge liquidity pressure since they have to purchase cotton at cash and are compelled to sell yarn to the users on credit of up to 90 days since they do not have the facility of any concessionary refinance.

Mr. Zahid Mazhar said that allowing import of cotton yarn from India, on the one hand, would create a crisis for the spinning industry of Pakistan and lead to closure of spinning mills, on the other hand, it will strengthen the economy and the spinning industry of India. He highlighted that India has been violating all the resolutions passed by the UNO and other international organizations and has occupied Kashmir and the people of Kashmir have not been given their legitimate right of living independently. Allowing Indian Yarn would be like adding insult to their injuries.

He strongly demanded the government not to allow the import of cotton yarn and save the spinning industry of Pakistan. The only sustainable solution is to ensure the abundant availability of cotton and polyester fiber at affordable prices.