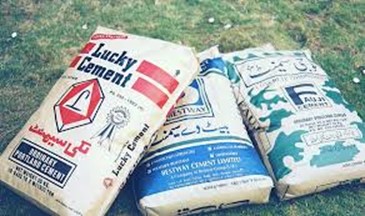 All Pakistan Cement Manufacturer Association (APCMA) has released local/overseas dispatches data for the six months of July – Dec 2019 today. During this period, the Northern region excelled in domestic dispatches but performed poor in exports. On the other hand, the Southern region over excelled in exports but its performance in the domestic market was pathetic.

The representative body APCMA attributes it to lopsided growth pattern of the economy.

The Southern region dispatched 2.967Mt of cement for local market in the first six month of this fiscal that was 27.41 per cent lower than the dispatches during July-December 2018. It is interesting to note that the exports from the South in the last six months almost matched the local consumption in that region. The exports were 2.957Mt, registering an impressive growth of 41.87 per cent.

According to APCMA, the industry is sitting on a huge unutilized capacity as it will dispatch just over 47Mt cement this year at this rate against an installed capacity of 59.65Mt and this situation will not trigger any investment and expansion in the industry and employment in the sector will gradually decrease. To support the sector, association has suggested the government to start work on PSDP and announced housing projects that will boost the contribution of the construction sector and job opportunities for skilled and unskilled labour.