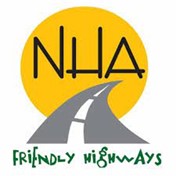 After coming into power, the present government focused on improving the performance of national institutions. To further enhance the efficiency and working regime of the National Highway Authority to inculcate transparency & fairness in its affairs was a great challenge to the government. However, keeping in view the vision of Prime Minister Mr Imran Khan, the National Highway Authority, an attached organisation of the Ministry of Communications, undertook concrete steps and chalked out a comprehensive plan to complete road infrastructure projects rapidly throughout the country. Revolutionary measures taken by NHA to translate the vision of PM into reality will ever be remembered as a part of national history. The priority was to construct motorways and national highways on a Public-Private Partnership (PPP) basis to reduce the financial burden on the national exchequer and make roads construction and their maintenance procedures completely transparent.

At present times, it is noteworthy that the value of the dollar was low in the past, while now its value has increased. Cement, steel and building materials were cheap in the past. While presently, with the increased value of the dollar, the rates of construction materials have also been improved. In such a state of affairs, the extraordinary measures undertaken by the present government have resulted in the execution of national highways and motorways projects at a much lower cost.

In the past, despite the low dollar rate,1 Km long, the two-lane road was constructed at the cost of Rs.118.171 million, whereas presently 1Km long, two-lane highway is being built at the expense of Rs.110.991 million despite the increase in the dollar rate. In the past 4-lane national highway was completed at Rs.411.078 million per kilometre, while Pakistan.

Due to transparency and an effective process of self-reliance, considerable saving has been achieved by starting projects at a low cost. National Highway Authority is also earning revenue from Toll Plazas and exploiting its Right of Way (ROW). Resultantly, NHA is not getting loans from the government for the construction and maintenance of roads. Now, the government is spending this money on public welfare schemes of health and education sectors, including the Ehsaas Program. It is worth mentioning that introduction of the e-Bidding system is another significant step forward towards ensuring transparency in the award of roads construction and maintenance projects, for which NHA deserves appreciation.

Credit goes to National Highway Authority (NHA) for recapturing its land from the land mafia. Presently issues relating to land acquisition are being resolved efficiently, thereby ensuring timely completion of road projects. The present government has played a vital role in recapturing land from the land mafia. It seems appropriate to recall that NHA controls 51 roads across the country, having a total length of 13,572 Kms that includes11,255Km long 38-National Highways, 2055 Km long 10- motorways and 262 long 3-strategic roads.

Following the vision of the Prime Minister of Pakistan, Mr Imran Khan, Ministry of Communications, and National Highway Authority has successfully started construction of motorways and national highways under Public-Private Partnership (PPP) mode, thus providing an opportunity to Private Sector to come forward and invest in road building schemes of the Public Sector. The Federal Government has formulated a comprehensive policy to undertake projects on the PPP model. To this effect, an Act has also been approved for the effective implementation of such tasks. The establishment of a Public-Private Partnership Authority is reflective of the government’s keen interest in this pragmatic approach.

A Public-Private Partnership Cell is also actively functional at NHA head office. The Cell has made practical advancements for private sector participation in National Highways, Motorway, Tunnels and bridges projects. NHA considers that the technical, managerial and financial resources of the Private Sector can fortify its efforts towards national development. After carefully evaluating a wide range of alternatives, NHA has decided to encourage the private sector to participate in several significant projects of national highways and motorways as well as a limited number of tunnel and bridge projects with the view to support and sustain Pakistan’s rapid rate of economic growth. This initiative will prepare the ground to promote the construction industry and help at large reduce the financial load on the national exchequer. Undoubtedly, the private sector financing based schemes are repositories to national development, ultimately putting the country on the track towards a new Pakistan.

During the last few years, NHA remained successful in providing a conducive atmosphere for private sector investment in the road sector and, to date, has completed four projects worth around Pak Rs135 billion on Build-Operate-Transfer (BOT) basis.

Construction of a 2 km long new flyover (Habibabad bridge) located on N-5 is one of the projects completed on PPP mode at the cost of Rs.0.831billion.Likewise, the 357 km Lahore-Islamabad motorway overlay and modernisation have also been realised, costing more than Rs. 46 billion. Further, conversion of the 4-Lane highway into a six-lane Karachi-Hyderabad motorway was also taken on PPP mode. This 136 km long motorway was completed at the cost of Rs.44.251billion.Another milestone of NHA is the completion of the 89 km long Lahore-Sialkot motorway. This 4 Lane motorway is built with six-lane structures at Rs. 43.847 billion. This motorway has linked the industrial city of Sialkot with the motorways network of the country. On successful completion, all these projects are operational now.

NHA has now decided to undertake nine more projects on this emerging concept of PPP, having a total length of 1726Km. Hyderabad-Sukkur Motorway is a project of national as well as regional significance.NHA is endeavouring for an earlier start of construction activity on this mega project.

Sukkur-Hyderabad Motorway will be 306 km long,14 interchanges, one central bridge on River Indus, six flyovers,10 Service Areas and 12 Rest Areas will also be built along this motorway. NHA is starting work on this last missing link of the Peshawar-Karachi Motorway (PKM) economic corridor at the earliest. The PKM will pave the way for prosperity besides promoting regional trade through the ports of Karachi and Gwadar.

Participation of the private sector in motorways and highways building will bring National Highway Authority and Private Sector closer to each other to have a maximum advantage from experiences of each other.

The government’s vision is to build roads and expand road networks largely by 2030 to achieve goals of national and regional economic integration. To achieve this objective, the cooperation of the private sector is an essential element. National Highway Authority (NHA) has also undertaken gigantic game changer China Pakistan Economic Corridor (CPEC) Program and Central Asia Regional Economic Cooperation Program (CAREC) under which countrywide national highways and motorways projects are being started. The transparent efforts being made by NHA are in line with the vision of Prime.

Minister of Pakistan Mr Imran Khan will have a far-reaching positive impact on the economic conditions of the whole region in general and that of Pakistan in particular. This will ultimately be instrumental in making Pakistan a hub of regional trade in the proper perspective.