Skip to content
Home » MUREB says competition has been increased after a Chinese brewery started operations in Hub, Balochistan 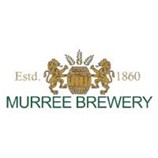 Established in 1860 originally to meet the demand for liquor in the British Military, Murree Brewery Company Limited (MUREB) has diversified into other categories including juices and water (under Tops segment) as company looks towards other growth avenues in the wake of increasing competition in liquor segment, while landscape also becomes tougher to operate in (Tops/Liquor division contributed 71/28% to 1QFY22 topline).

·         Alcoholic beverages formed 74/73% of the total sales for the company for FY20/21 however significant headwinds stand in the way of growth of liquor segment where interprovincial sales face hindrance in the shape of still head duty being imposed in Punjab on non-Punjab wine sellers. Moreover, competition has also increased after a Chinese brewery started operations in Hub, Balochistan. Despite the aforementioned hindrances, the segment is still performing well with revenue for 1QFY22 increasing by 21%YoY however PAT decreased by 18%YoY as gross margins declined to 25% in 1QFY22 against 27% in 1QFY21.

·         On the other hand, good omens have started to appear for the Top’s segment under which company sells juices and water as the segment delivered a profit for 1QFY22 while management expects the segment to improve further as it continues to penetrate in the juices segment with its recently established brand while mineral water segment will continue to support after it operated at 100% utilization for FY21. We expect the segment to lead the growth moving forward as Pakistan’s economy recovers from COVID-19 related disruptions and overall macroeconomic environment improves.

·         The company overall trades at a P/E of 5.8x against 23.5x of sector while on P/S, company trades at a discount of 33% at 0.9x against 1.4x of peers. For valuation we have broken down the company into two segments, liquor and non-liquor (Tops + Glass division), where due to high growth prospects of the tops segment we have assigned it a P/S equivalent of peers i.e. 1.4x while for liquor segment we have applied a 40% discount to the multiples to incorporate muted growth outlook of the segment. Using the aforementioned methodology, we have arrived at a value of PkR19.1bn for the company, resulting in per share value of PkR691. Alternatively, if we apply sector’s P/S to the whole company, value of MUREB increases to PkR751/sh.