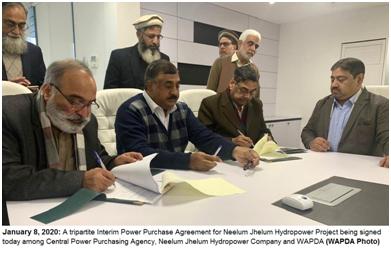 With the signing of PPA, NJHPCL will be able to raise invoices on account of energy delivered to National Grid with effect from July 4, 2018 which is more than 6.3 billion units of electricity up till now, translating into financial gains of Rs.57 billion. All four units of Neelum Jhelum Power House are operational and generating electricity according to availability of water. Signing of PPA will boost the confidence of international lenders and donors in ability of WAPDA besides much needed revenue generation.