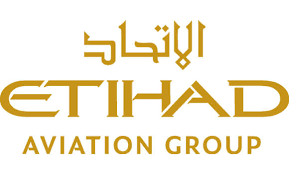 Etihad Airways, the national airline of the United Arab Emirates, has hosted the fifth edition of its acclaimed annual Aviation Health Conference, accredited for the first time by the International Academy of Aviation and Space Medicine. Taking place in the UAE’s capital, it was the largest conference of its kind in the region. Once again the conference attracted a strong line-up of industry-recognised physicians and experts from around the world who addressed delegates yesterday at the Radisson Blu on Yas Island.

The agenda for the one-day event covered industry best-practice, as well as innovative solutions to the physical and psychological effects of working in all areas of aviation. The four pillars of the day included corporate health promotion; airline aviation medicine; occupational medicine and sleep and fatigue management.

Among the keynote speakers were Dr Felix Porras from the Aerospace Medical Association; Dr Susan Power from the Royal College of Physicians in Ireland; and Dr John Caldwell, NASA consultant and expert scientist in sleep deprivation and fatigue countermeasures.

Dr Nadia Al Bastaki, Vice President Medical Services at Etihad Airways, said: “We are delighted that the Aviation Health Conference is now in its fifth year and is viewed by industry professionals as the leading event of its type to promote aviation and occupational medicine in the MENA region. “We had a stellar line-up of speakers, including Dr Caldwell from NASA in the United States, and the conference provided much-needed discussion, debate, and development in the fields of health promotion in aviation and occupational medicine.”

The 2017 Aviation Health Conference is hosted by Etihad Airways and supported by the UAE General Civil Aviation Authority, National Reference Laboratory, The American Center for Psychiatry and Neurology, and Screen 4. Dr Bastaki was also named the new Vice-Chairperson for the Middle East for the Global Liaison and Outreach Committee of the Aerospace Medical Association.