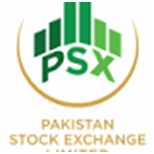 Divestment Committee of PSX, constituted by SECP towards the end of February 2016 in pursuance of provisions of Stock Exchanges (Corporatization, Demutualization and Integration) Regulations, 2012, was mandated to oversee and complete the process for divestment of PSX’s 40% equity stake to local and/or international investors. The whole or part of the said stake is proposed to be transferred either to a Strategic Investor or alternatively, a minimum of 25% equity stake may also be sold to a financial investor which opts to act as an Anchor Investor while the remaining part of the stake, if any, would go to other selected financial institutions where, a single financial institution is allowed to acquire upto 5% of the stake.

The Committee, after extensive deliberations and in consultation with SECP, the Apex Regulator, released the Invitation for Expression of Interest in leading print and electronic editions of local and international newspapers and simultaneously, posted the same on PSX’s website on May 31, 2016. Originally, the last date for submission of EOIs was set at 30 days from the date of release of the Invitation which was later extended till August 15, 2016.

In the meantime, the members of Divestment Committee and management of PSX aggressively pursued prospects in various jurisdictions and in the process, also personally visited some potential investors and investment advisors in China, USA and UK.

As a result of extensive campaign and persistent follow-up, by the end of deadline yesterday, PSX has received a total of 17 EOIs from foreign and local investors applying under the categories of ‘Strategic Investor’, ‘Anchor Investor’ and ‘Financial Institution’. In the next step, Divestment Committee will assess all the EOIs received and then forward the same with comments to SECP for pre-qualification. SECP, after its own assessment, would declare any or all of the parties submitting EOIs eligible to carry out due diligence of PSX and on its basis submit their binding offers for acquisition of requisite stake in PSX.