Cement despatches to domestic markets during the month of June 16 increased by 9.2 percent to 2.96 Million Tons compared to 2.71 Million Tons during same month last year. The comparatively lower growth in June, 16 was mainly due to the holy month of Ramadan as construction activities slowdown in Ramadan. Exports during June 16 were 387,060 Tons against 552,867 Tons during June, 15 showing massive decline of 30%. 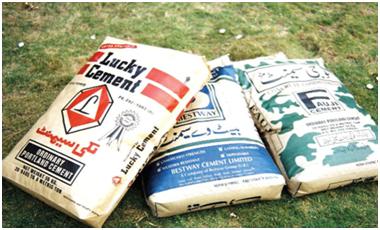 Total despatches during fiscal year 15~16 showed a growth of 9.82 % compared to last fiscal year as the volume increased to 38.87 Million Tons against 35.34 Million Tons from July 14 to June, 15.  Cement sector closed the financial year 15~16 on a positive note. The only sour point was the additional tax imposed in budget 2016-17 that increased the cement price by Rs. 35 per bag.

Industry circles fear that additional excise duty imposed in federal budget 16~17 might dampen the construction activities. They said that there was no need to increase the tax as cement is already the most heavily taxed commodity in Pakistan. They apprehended that Iranian cement might make further inroads in Pakistani markets in view of lax border checks on smuggling and highly liberal attitude of authorities on under invoicing. Cement industry lost approx. 1 million tons of volume due to smuggled Irani cement coming into Baluchistan and other coastal areas. This trend is going up despite several letters and newspapers coverages on this matter but no positive step to curb the smuggling issue has been taken by the government. A spokesman of APCMA said that sharp decline in cement exports should be an eye opener for the policy makers of the country. APCMA’s spokesperson appealed the government to support local manufacturers in winning back their markets by giving freight/ transportation subsidy enabling them to compete on global level.