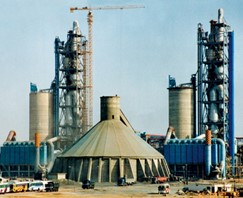 A spokesman of All Pakistan Cement Manufacturers Association said that steep decline in cement exports is hurting not only the cement manufacturers but the government’s revenue collection and foreign exchange as well. There is immense need to formulate industry friendly policies to catch-up our cement sales in international markets as well as to increase indigenous consumption of the commodity.