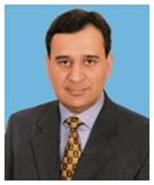 During first seven months of current financial year i.e. July – Jan. 2017, Pakistan leather industry earned export revenue of US$ 545.14 million compared to $587.62 million in corresponding months of last fiscal. This translates a fall of 7.2% in over all export on YoY basis.

Commenting on the fall in export revenue of finish leather, Anjum Zafar, Chairman, Pakistan Tanners’ Association (PTA) stated that leather exports continue to decline consecutively for the first seven month of the year. Besides, in last financial year July-June 2015-16, finish leather export revenue was US$ 362.753 million as compared to corresponding period (July-June 2014-15 of US$ 489.412 million), the drop in exports was (-) 25.88 %  so the total drop for 19 months reached  upto now is about (-) 33.38% in toto. This declining trend is not being halted as cost of doing business in Pakistan, is the highest in the region and Government has not been following export led policies as compared to regional country governments, he remarked.

Anjum Zafar further pointed out that the incentive package announced by Prime Minister on 10th January’2017 has been too late and moreover is totally in-effective/unproductive due to some anomalies, which have not been rectified due to which industry is highly discouraged.

He further revealed that leather industry has huge funds blocked in rebates and specially from Lahore and north collectorates an amount of over Pak Rs. 300 million has not been paid since two years due to short funds provided by Ministry of Finance as their focus is to collect in unrealistic revenue targets and payment of export rebates are ignored and funds are not provided for this to them due to which they seem to be helpless and industry keep suffering. Moreover, the sales tax refunds are not paid from last April 16, where also huge funds are blocked as well.

He was of the view that with these un-friendly and non export policies, it is not possible to revive the industry exports and cannot retain the lost markets. About 40% Industry has already closed down and rest are on verge of closing down and are hardly surviving with lower production levels.

In addition, Chairman PTA also shared the fact that recently Federal Commerce Minister has announced  the 75% subsidy  on mandatory lab tests for exports to international brands from international laboratories made by him during Inaugural Function of 3rd PMLS’2017 held on 28.01.2017 in Lahore has also not yet been fulfilled/notified for Leather Industry despite PTA various detailed presentation/letters already sent in the wake of announcement made by him, while the livestock population in Pakistan is depleting fast which has fallen below to 2006 which is the dire need of the Industry being basic fundamental of  raw materials for catering to  the Industry for necessary value addition of finished leather, leather footwear, leather garments/products.

At the conclusion, Anjum Zafar, Chairman, PTA informed said that the Leather Sector of Pakistan as the 2nd biggest export oriented industry of the country is now dying which can be saved by the Government to act on above for the removal of major grievances particularly IMMEDIATLEY inclusion of (1) remaining H.S. Codes in the concerned SRO # 62 (I)/2017 dated 02.02.2017 (2) prompt release of Duty drawback & Sales Tax refund claims to PTA member exporters and (3) early notification for 75% lab testing already announced/approved by the Federal commerce Minister to the Industry, to save this precious important Industry of the country from further collapse

In the last, Mr.Anjum Zafar, Chairman, PTA appealed to the Honourable Prime Minister of Pakistan, Mian Muhammad Nawaz, Federal Finance Minister, Mr. M. Ishaq Daar and Federal Commerce Minister, Engr., Khurram Dastgir Khan for early removal of severe problems of the  Industry and incorporation of remaining H.S. Codes in SRO # 62, so that 95% PTA member exporters are also able to avail the incentive of 5% drawback of local taxes to make them able to compete in the international markets with the announcement of other special relief package for Leather Sector of Pakistan.