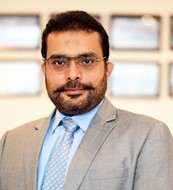 SM Muneer acknowledges the services of the outgoing Army Chief General Qamar Javed Bajwa, and said that he made Pakistan proud as the army chief. Paying tribute to Qamar Javed Bajwa, SM Muneer said that the credit goes to him for the historical achievements of removing the country from the grey list of FATF and hunting down India’s fighter jet invading Pakistan territory. SM Muneer said Syed Asim Munir is the best choice for Army Chief and has an excellent professional career.

President KATI said that the new army chief is a credible figure in the Pakistan Army, and the nation has hopes high for him. Faraz-ur-Rehman said that General Asim Muneer would be the first Army Chief to be awarded the sword for superior performance during training. At the same time, he set a new example by memorizing the Holy Quran at the age of 38 as a colonel. Rehman further said that after the best decision by the Prime Minister of Pakistan, there is hope that the political crisis will end in Pakistan and the country will move towards economic stability.