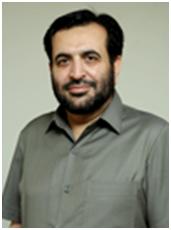 President of Korangi Association of Trade & Industry (KATI) Zahid Saeed has urged that for industrial growth and promotion of investment in Sindh, the development process should be expedited in the province. He said that Sindh contributes more than half of Pakistan’s Industry and exports but the development ratio is not accordingly. He appreciated the efforts of law enforcement in Karachi, but also mentioned that to gain financial stability after normalized conditions, development in infrastructure is first prerequisite. He also mentioned that budgetary expanding on development are very low in Sindh. He said that Murad Ali Shah is playing active role as a Chief Minister and we can lend hopes for betterment, along with it is also hoped that industrial infrastructure would be reformed soon. Zahid Saeed also urged provincial government to priorities energy related projects. He further said that with the consultation of all stakeholders, a strategy for promoting investment opportunities in Sindh, should be launched.