The inauguration ceremony of the 6MW and 7.5MW waste heat recovery power plants was held at Bestway Cement Limited’s operations at Hattar and Farooqia, District Haripur respectively on Friday, 24 July, 2015. Speaking at the ceremony held to mark the occasion, group Chairman Sir Anwar Pervez, hailed the accomplishment as yet another milestone in the long series of achievements by Bestway since its entry in Pakistan.

“The investment of nearly Rs.1.7billion to set up these Waste Heat Recovery Power Plants in challenging economic times is a testament of Bestway’s unwavering commitment towards prpelling economic development of Pakistan. It follows the company’s successful acquisition of Lafarge Pakistan, now known as Pakcem Limited, for an enterprise value of US$329 million in July 2014,” Sir Anwar added. He expressed his commitment to further developing the acquired company into a role model for cement industry to follow and stated that Bestway plans to invest nearly $30 million in Pakcem Limited, including a 9.8MWwaste heat recovery power plant at its Kallar Kahar operation slater this year. 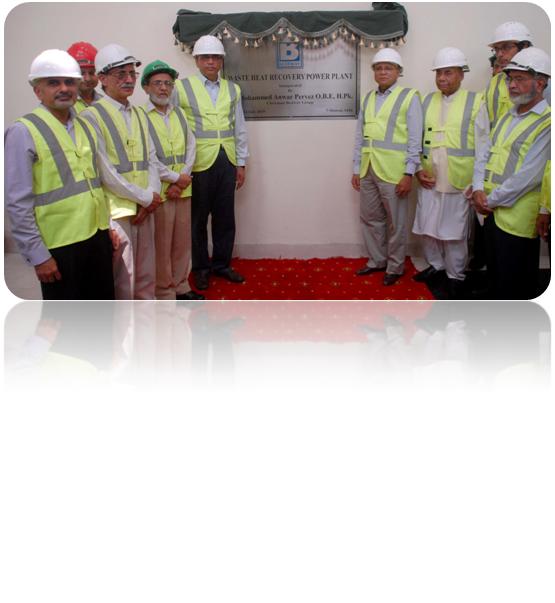 Speaking on the occasion, Mr. Zameer Choudrey CEO Bestway Group said that these power plants will not only reduce Bestway’s reliance on national grid but also help in alleviating the country’s power crisis to a certain extent and reduce greenhouse gas emissions by 27,000 CMDs.

In 2011, Bestwayinstalled a 15MW waste heat recovery power plant at its Chakwal plant – the first of its kind in the local cement industry. The plant conforms to CDM (Clean Development Mechanism) and has been successfully registered with UNFCCC (United Nations Framework Convention on Climate Change).

With a total capacity of over 8 million tonnes per annum, Bestway continues to be a pioneer in the cement industry focused on reducing environmental impact and contributing to the country’s power generation. Bestway Group is committed to growing the cement industry of Pakistan and offers the widest product portfolio of cement and building materials.