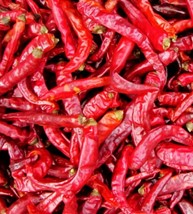 Pakistan is amongst the top ten chilli producing nations, with Sindh being the major producer of chilli followed by Punjab and Balochistan. The buying centre established by Shan Foods will support chilli farmers from Sindh in their product trade with quality being inspected on the spot via state-of-the-art laboratory and getting price according to the quality provided. Hence enabling small farmers to sell red chili directly to Shan, via this Shan is trying to build stronger trade relationship with local farmers.

Specifically, loungi variants being the speciality of red chili of Pakistan has a distant taste that is recognized world-wide, however due to virus attacks majority of our loungi crop is destroyed with lower yield. To prevent the virus spread among red chili and to get a higher yielding crop Shan Foods has also inaugurated a Red Chili Nursery where seedling would be provided at subsidized rates. Using modern techniques for temperature control, Peat moss with trays to get seedlings healthy growth and planters to transfer seedings to field, by all these Shan foods is ensuing the higher yield and safety of local red chili crop against viruses.

Sammer Sultan, during the launch ceremony, said, “Kunri is the oldest and largest chilli market of the country that not only helps meet the need of local consumption but also significantly fulfils the global need through its export. To compensate the chilli farmers for this contribution to the country’s economy, Shan Foods’ red chilli buying centre will help create greater value for chili farmers in a sustainable manner.”