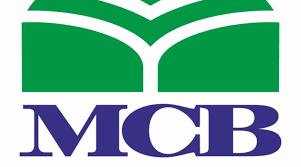 The Board of Directors of MCB Bank Limited (MCB) met under the Chairmanship of Mian Mohammad Mansha, on August 20, 2020 to review the performance of the Bank and approve the condensed interim financial statements for the half year ended June 30, 2020. In compliance with the SBP’s instructions, Bank has not declared dividend for the second quarter ended June 30, 2020.

During H1 2020, MCB accelerated its business momentum while overcoming the challenges posed by the COVID-19 pandemic which had an adverse impact on the economic growth the world over, including Pakistan. Following the breakout of the COVID-19 pandemic, MCB has taken all necessary steps to ensure continued and uninterrupted services to our customers in a safe environment. The State Bank of Pakistan has taken a host of measures to manage the impact of the pandemic, including cuts in interest rates, refinance schemes for continued payment of wages and salaries, ease in debt burden ratio, rescheduling/ restructuring of financing facilities, etc.

With strong build up in core earnings, MCB recorded a year on year growth of 24 percent in profits after tax (PAT) for the half year ended June 30, 2020. The Bank unconsolidated PAT increased to Rs. 13.2 billion compared to Rs. 10.67 billion in corresponding period last year. This performance translated to Earnings Per Share (EPS) of Rs 11.15 for H1’20 (H1’19: Rs. 9.01). The strategic maturity profiling of the investments based on the interest rate calls resulted in a gradual shift from shorter to longer term investments, thereby capitalizing upon the significant opportunity available.

The Bank’s net interest income for the first six months of 2020 increased by 30% over the first half of 2019, to Rs. 36.01 billion, on the back of volume growth and 69bps increase in net interest margin.

On the operating expenses side (excluding pension fund reversal), despite the surge in inflationary pressures and increased operational and infrastructural outreach, the Bank was able to contain the growth in administrative expenses and reported a net decrease of Rs. 138 million versus last year, with the cost to income ratio improving from 46.1 percent in H1’19 to 38.0 percent in H1’20. This was achieved through a strategic cost efficiency drive initiated in 2019 ensuring delivery through well-defined tactical plans.

The stock market has responded to the COVID-19 pandemic with worrying volatility; resultantly, Bank has recorded a charge of Rs. 1.3 billion against equity investment portfolio. With respect to advances, the full potential effect of the economic stress posed by the COVID-19 outbreak remains difficult to predict, therefore management has exercised prudence and booked General Provision of Rs. 4 billion during the half year ended June 30, 2020, providing insulation and loss absorption capacity in case of any NPL surge.

The Non-performing loan (NPLs) base of the Bank recorded an increase of Rs. 939 million and was reported at Rs. 50.4 billion. The increase was primarily on account of currency devaluation impact of foreign currency denominated NPLs with no significant accretion in the number of cases. The Bank has not taken FSV benefit in calculation of specific provision and has increased its un-encumbered general provision reserve to Rs. 4.5 billion. The coverage and infection ratios of the Bank were reported at 94.02% and 9.91% respectively.

On the liabilities side, the deposit base of the Bank registered an unprecedented increase of Rs. 129.92 billion (+11%) over December 2019, with over 50% growth from current accounts, improving the current account mix to 39.0% and CASA ratio to 94.2%.

While complying with the regulatory capital requirements, the Bank’s total Capital Adequacy Ratio is 20.51% against the requirement of 11.50% (including capital conservation buffer of 1.50% as reduced under the BPRD Circular Letter No. 12 of 2020). Quality of the capital is evident from Bank’s Common Equity Tier-1 (CET1) to total risk weighted assets ratio which comes to 15.23% against the requirement of 6.00%. Bank’s capitalization also resulted in a leverage ratio of 6.72% which is well above the regulatory limit of 3.0%. The Bank reported Liquidity Coverage Ratio (LCR) of 227.51% and Net Stable Funding Ratio (NSFR) of 174.47% against requirement of 100.